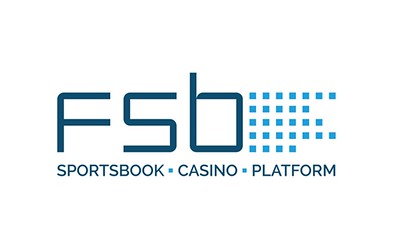 A new partnership agreement has been formed between a leading sports betting technology platform provider in FSB Technology and the well – known and reputable free – to – play and pay – to – play iGaming operator in Incentive Games. The news of this new affiliation was announced on Tuesday, April 6th, 2021, and it is just another example of how FSB continues to grow their share of the iGaming and sports betting market worldwide. Their continued expansion in to this industry has been increasing documented over the course of the last year or so as FSB Technology has forged some extremely strong relationships with other top tier iGaming providers.

Incentive Games is based in Edinburgh which happens to be the hilly historic capital of Scotland. In accordance with this new deal FSB Technology will be responsible for promoting the games owned by the Scottish company of Incentive Games to a variety of prospective customers across the globe.

Incentive Games has a strong as well as impactful presence spanning throughout five different continents most notably Africa in which both their free – to – play and pay – to – play gaming titles have demonstrated to be astonishingly prevalent with iGaming end users. It is projected that this new partnership between FSB and Incentive Games will only continue to increase the global footprint of Incentive Games through the assistance of FSB Technology’s expertise, experience, and encompassing reach worldwide.

The free – to – play games that Incentive Games possesses have a solid reputation for being extremely effective in decreasing acquisition cost, and their retention products and services have managed to prove that they increase the number of their customers recurring visits on a weekly basis which therefore strengthens the lifetime value of their offerings. Together these contributing factors facilitate iGaming providers to optimize as well as maximize their overall operating profit margins.

The CEO of Incentive Games, John Gordon, stated, “We’ve been making great progress, as a company, in the last year and signing this agreement is certainly one of the major highlights so far! Like Incentive Games, FSB is an award – winning company backed by a talented team, so I expect this to be a fruitful relationship.”

Glenn Elliott who is currently the COO of FSB Technology had this to say, “We have been incredibly impressed with Incentive Games and its suite of free to play and pay to play games which will have strong appeal among our operator partners in core global markets. They also add value to the FSB platform, allowing us to offer operators an even wider range of quality, proven content.”