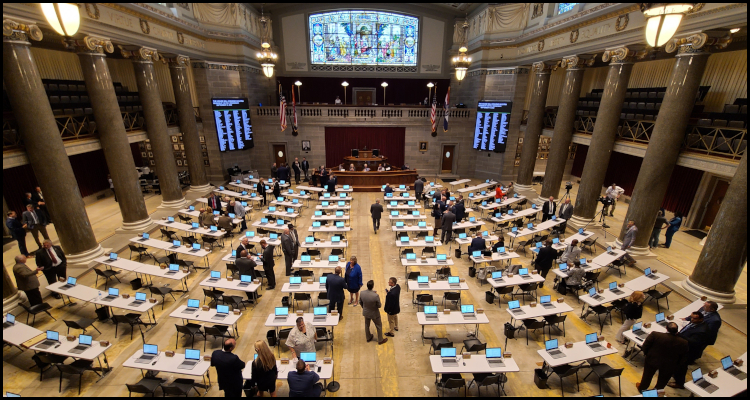 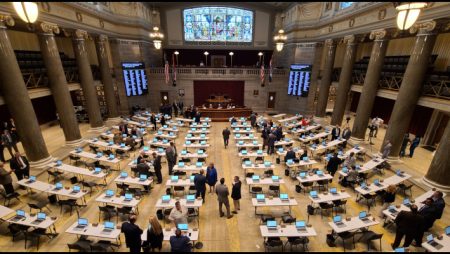 The governor for the American state of Missouri has reportedly blocked an effort by legislators to consider a measure on the potential legalization of sportsbetting as part of a special session convened to deal with a proposed cut in local income tax rates.

According to a Monday report from the St Louis Post-Dispatch newspaper, the move from Mike Parson (pictured) came as members of the Missouri House of Representatives reconvened in order to debate his plan to slash the top individual income tax rate by nearly 10% and increase the standard deduction for individuals by $2,000. The proposition from the Republican governor is purportedly moreover looking to eliminate the lowest income tax bracket and expand the basic abatement for married joint filers by as much as $4,000.

However, members of the 163-seat Missouri House of Representatives had reportedly also wanted to use the extraordinary session to deliberate on a piece of legislation that would look to bring online and retail sportsbetting to ‘The Show Me State’. This measure is purportedly known as House Bill 4 and was introduced last week by Republican representative Dan Houx some four months after a similar proposal failed to make it past consideration by the Missouri State Senate.

More about:  PAGCor casino privatization potentially back on the cards

Missouri is home to almost 6.2 million people and is reportedly surrounding by states including Illinois, Tennessee, Iowa, Nebraska and Arkansas that have already legalized some form of sports wagering in the wake of the 2018 revocation of the previous federal prohibition contained within the Professional and Amateur Sports Protection Act (PASPA). The jurisdiction furthermore hosts the sportsbetting-backing St Louis Blues franchise of the National Hockey League (NHL) as well as a pair Major League Baseball sides in the St Louis Cardinals and Kansas City Royals.

The St Louis Post-Dispatch reported that the proposed legislation from Houx was additionally introduced only about a week after the adjacent state of Kansas launched online and retail sportsbetting and immediately turned away over 16,000 Missourians who had attempted to place an online wager. Sports wagering advocates purportedly used this figure from fraud prevention and cybersecurity specialist GeoComply Solutions Incorporated as evidence of the large amount of public interest in bringing betting on sports to Missouri.

Nevertheless, the newspaper reported that Parson has now blocked an effort to include a debate on House Bill 4 within the ongoing special session due to his belief that the proposal is not relevant to the sitting’s main tax reduction aims. Kelli Jones serves as a spokesperson for the 67-year-old governor and she purportedly told the newspaper that advocates will instead be asked to reintroduce their sportsbetting proposition during the Midwestern state’s next regular legislative session, which begins in January.

“Sportsbetting is clearly beyond the call and does not relate to Governor Parson’s topics in the call. I do not anticipate sportsbetting being a part of the special session.”