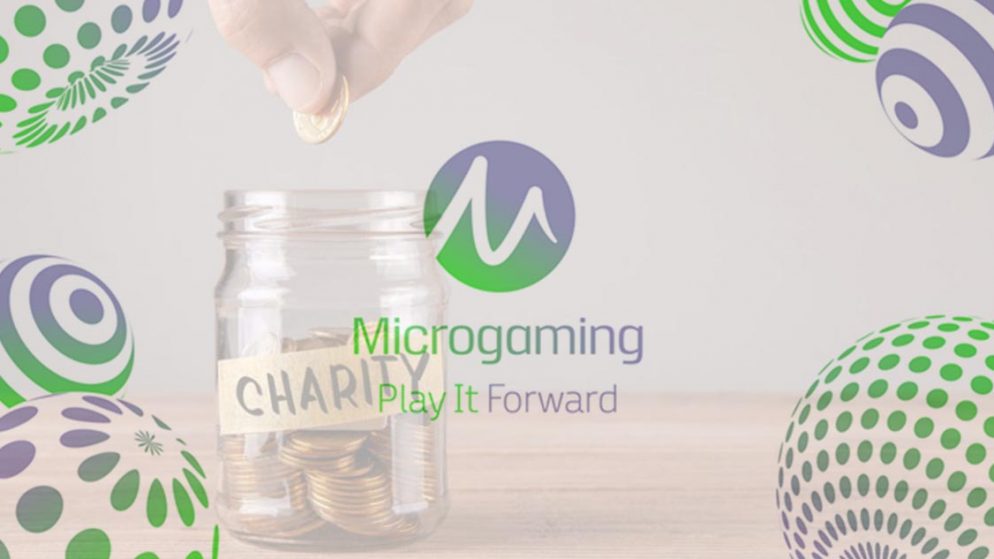 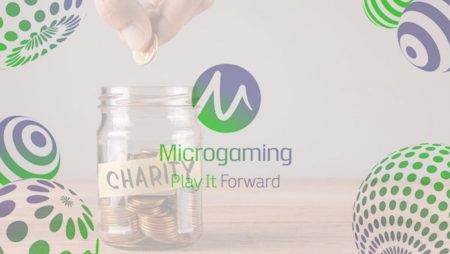 “PlayItForward” is a community-driven charity initiative that was established in 2014 by software company Microgaming. PlayItForward is led by employees who want to do whatever possible to help those in need. For instance, in September 2019, a team of seven volunteers rode their bikes for 980 miles across the span of nine days. By doing so, the cyclists were able to raise over £15,000 to aid The Prince’s Trust youth charity.

Every month, certain charities receive £1,000 from PlayItForward. In April of 2018, the organization designed a special wall that is covered in transparent tubes. Staff can place a colorful chip in a tube in order to signify which charity they are voting for. The charity with the most votes will receive that month’s funds. The wall also has a suggestions section, in which staff can nominate their favorite causes. Some nominated charities that didn’t receive the most votes could still be eligible for donations, guidance, and volunteer opportunities.

Sports are important to the Isle of Man, and, thus, they are also important to PlayItForward. The organization provides volunteers for many domestic and international events. Microgaming hosts a yearly Lighthouse Challenge, which is currently in its 10th year. This is another cycling challenge, but much more extensive than the aforementioned biking event. In 2019’s Lighthouse Challenge, 450 participants biked across the entire island, which is a 100-mile route. The event gets its name because cyclists can have an amazing view of the island’s numerous lighthouses as they complete the challenge. Microgaming allowed the use of e-bikes in 2018 and is looking forward to seeing how developments in technology will affect future events.

PlayItForward provides grants for good causes and donates prizes at fundraisers. For example, in 2019, the organization supported a charity that was sponsoring an art commission to benefit the island’s Hospice. A wallaby sculpture, which was designed by artist Amrit Singh, was placed on the island’s biking trail during the summer. Afterward, it was auctioned off for £16,000!

Eco Warriors is an employee-led initiative that has taken several measures to bring Isle of Man’s community to a greener future. For instance, it has reduced desk waste and replaced plastic bottled water with filtered tap water. Additionally, Eco Warriors have established fizzy water stations to encourage people to fill up reusable bottles.

Microgaming is also leading other green initiatives, such as making a conscious effort to reduce the amount of waste produced during the ICE London gaming conference. The company has vowed to reuse 75% of its exhibition materials from 2019’s showcase. In addition to this, other materials will be recycled or donated. Another green measure is that PlayItForward has invested in eBikes for its staff. Each bike comes with locks and storage bags and can run anywhere between 30 and 140 miles without needing to be charged.

PlayItForward also runs a scholarship that has helped eight university students graduate. The bursary is assisting nine students who are currently attending university.

The initiative has prioritized responsible gaming and donates money in order to support organizations that provide services to combat problem gambling.

And, finally, Microgaming selects ambassadors to attend charity functions and other events. In return for their services, these ambassadors are provided with financial support. At the moment, the Microgaming Ambassador Programme is funding three of Isle of Man’s most promising athletes.

Every year, PlayItForward leads a campaign called Gift of Giving. This is a seasonal drive in which the organization donates money, rather than Christmas presents, to charities in need. Microgaming’s operators and partners are able to vote on which charities receive funding. The money is split evenly across four global sectors. PlayItForward has divided it as such: Isle of Man, UK/Europe, and Africa each have their own sector, and the 4th sector covers charities in the rest of the world.

Every year, the Gift of Giving initiative is allotted a total of £30,000 to split it among six charities. Since 2019 was the initiative 7th year, this brings the campaign’s total donations up to £210,000. The charities chosen to be the recipients of 2019’s donations were WaterAid, Save the Children, Childline, Unicef, Foodbank Lifeline Foundation, and GamCare.

Following 2019’s Gift of Giving campaign, Microgaming CEO John Coleman thanked the company’s customers for voting on the charities. Coleman stressed the importance of involving the wider industry in corporate social responsibility (CSR). This is why, in 2019, PlayItForward decided to include a voting category to support a charity that promotes responsible gambling.

A Look at Each of 2019’s Chosen Charities

Save the Children was PlayItForward’s choice for the U.K. charity. It is a global organization, but it has a UK division. In the UK, Save the Children aims to bridge the gap between affluent students and their classmates who live in poverty. The organization focuses on providing funding to early learning programs, in order to ensure that every child lives up to their potential, regardless of their family’s income level.

Childline’s Gilbraltar program runs a 24/7 telephone helpline for child protective services. People can call the helpline number and report concerns they have about child abuse. Children and young adults are also able to use the helpline services in order to talk about anything. Each phone call is free and confidential. Furthermore, Childline engages in local outreach, such as providing parenting courses and counseling.

UNICEF was PlayItForward’s Rest of the World choice because it services over 190 countries. The charity protects the rights of the world’s most vulnerable children. It does so by providing health care, access to safe water, basic education, emergency relief, and more.

WaterAid services 28 countries worldwide, including many in Africa and several in Asia.  PlayItForward designated the charity as their African pick. WaterAid aims to make sure that everybody has access to clean water, functional toilets, and satisfactory hygiene.