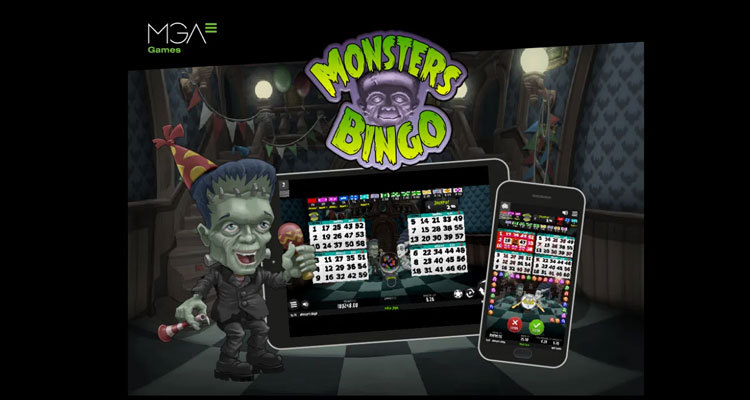 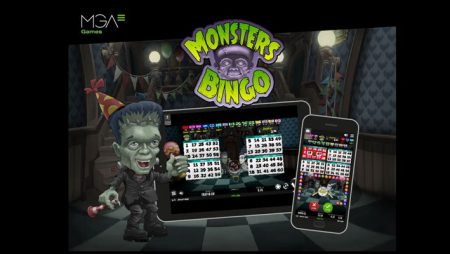 This new video bingo game has 15 prize patterns, with four cards, 3×5 in size. There is a 60 ball drum where 30 bingo balls are drawn from. You can access 13 extra balls and the wild ball when you like by selecting the Extra button, for an added cost.

For a little added fun, the bingo game offers bonus options. In Bonus Game 1, you will find a card in front of you with squares on it. Select a square to try to find a prize. You can win as well as end the bonus or find wild cards in this round.

In Bonus Game 2, you are looking at the front of a haunted house with a lot of windows. In each window, there will be a prize or an arrow. If you choose an arrow, you get to go on to the next row. Once you win a prize, the round is over.

Bonus Game 3 is a fun race car round featuring monster characters. In each round, a character is chosen at random to move a certain number of positions, also random. The result is that you win the value that the winning car reaches.

Bonus Game 4 provides a fun game with four characters. Press play when you want the spinner to stop and then you win a prize based on where it lands. To activate each bonus round, you must get a certain pattern on the bingo card.

MGA Games has created even more new content in 2020. Alongside the Monster Bingo game, the brand released a new video slot earlier in the year titled Popeye Cazatesoros. The game features the popular Popeye character on a three-reel grid with his love Olive Oyl and enemy Bluto.

As an added bonus, this new slot features four mini-games. Players can access a pick-me round, game opportunity, reel-set change and more!