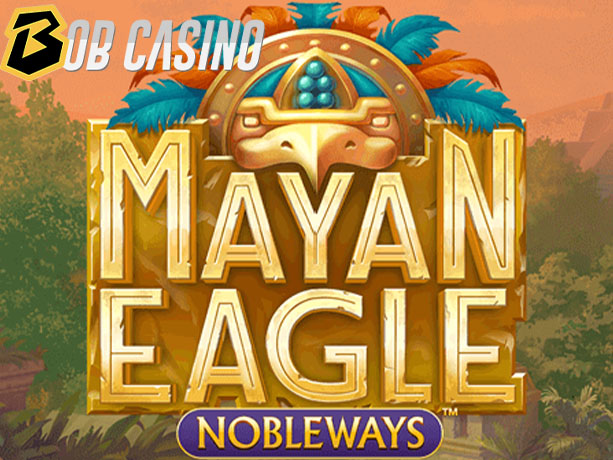 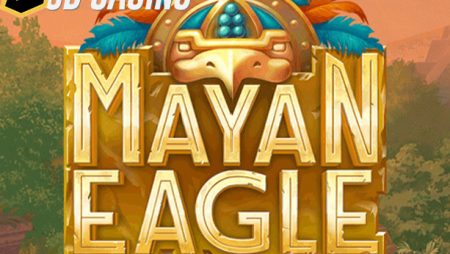 Microgaming’s independent slot provider, All41 Studios leads players to Chichen Itza with their latest release, Mayan Eagle. If you haven’t heard of this destination, it is arguably the most famous archeological site in Mexico built by the Maya in the 800s. Classified as one of the new Seven Wonders of the World, Chichen Itza is home to some of the oldest man made landmarks in the world such as the El Castillo (the temple of Kukulkan), the Osario, the Great Ball Court, and the dreaded Sacred Cenote.

Back to the slot, Mayan Eagle matches the grandeur of its setting area with what it brings to the table. Players will be treated to wins as big as 13000 times their stake, all thanks to a recently-developed Nobleways™ Slot Mechanism, which ensures up to 15625 winning ways across the board on every spin. Ring a bell? You are probably thinking of the licensed Megaways™ engine from Big Time Gaming, which also offers a peculiarly high number of winning ways for epic win potential. It offers anything from 64 to 117649 win ways on every spin, to be precise, with slots like BTG’s Bonanza Megaways, iSoftBet’s Majestic Megaways, and Pragmatic play’s Great Rhino Megaways racking up potentials of up to 12000X, 20000X+, and 20000X respectively.

Explore the Chichen Itza in adventurous slot made by Quickfire & All41 Studios! Play the Mayan Eagle Nobleways for real money here or enjoy a free demo below:

Launching Mayan Eagle for the first time will be nostalgic for anyone who has been to the Mayan Ruins in Chichen Itza. You can see the towering Castillo and the Osario Pyramids in the backdrop of a playing area populated by symbols that resemble the ancient Mayan glyphs. On each spin, 5 symbols appear on the 6-reel Nobleways set up, which, in turn, makes triggering wins as easy as lining up identical symbols on adjacent reels regardless of the position. Those who have played Megaways slots will also know that this kind of setup will expose them to way bigger wins than those of a slot utilizing a typical fixed payline setup, comparatively speaking. Just a reminder, wins can go all the way to 13000 times your bet here, while slots with 10-100 fixed bet-lines rarely come close to racking up 3000X.

Moving on to the math model stats, Mayan throws out a combo anyone would want to hop on, starting with a safe default RTP rating of 96.32%. This is coupled with a very high volatility setting rated at 5/5, meaning that the game will feel like trying to climb out of the Sacred Cenote at times. The few cash bonanzas that could put you well in the way of life-changing wins, however, make the tiring ascent worth it.

If you have been wondering about what eagle is being referred to by the title, it is the one on the Mayan calendar, a representative of intellectual acuity, muse, and keen judgment. There is a quintet of them in the game’s paytable acting as the high-pays, each with a different color. These work together with the blackjack icon fillers to deliver not-so-bad base paytable rewards of up to 50X.

Any winning combination will trigger the reaction series, where the triggering wins are removed to allow others to gravitate from the top. That action can result in a new winning combination and yet another “vanishing” and possibly another win on that same round. In theory, this can go on for hours, further making it simple for you to trigger the big wins.

The El Castillo can Show Up on the Reels!

The named pyramid can appear on any round as the wild symbol to substitute for any regular payer, and help complete a winning combination. It can only land on reels 2, 3, 4, and 5.

Golden glyphs are the other special symbols which can show up on the reels on any spin. They will all transform into a random payer upon landing to guarantee a decent win for that round.

The last of the special symbols you should expect to see on the reels are the scatters, which are represented by the letter M, A, Y, and A. At least 4 are required to unlock 12 free spins, with any other additional scatter adding 2 rounds to the free spins tally.

As usual, expect the bonus round’s activity to be bumped up, with way longer reaction series and greater odds of landing the win-boosting special symbols. Even more exciting is an unlimited win booster multiplier, which increases with +1 for every cascade, starting from an initial 2X.

A release like Mayan Eagle Nobleways™ is a manifestation of the level of confidence that collaborating with a big brand like Quickfire can instill on an up-and-coming developer like All41Studios. The game is well-deserving of the word noble in its title, and we are certain that it will go down as one of the most-liked Quickfire slots in the slotsverse.

All up, Mayan Eagle will be ideal for the big win-seekers, particularly those who agree that the Megaways™ releases are getting old, and increasingly unable to deliver what they promise. We are looking forward to seeing yet another slot utilize this magnificent engine, preferably with more ways added on for even greater potential!