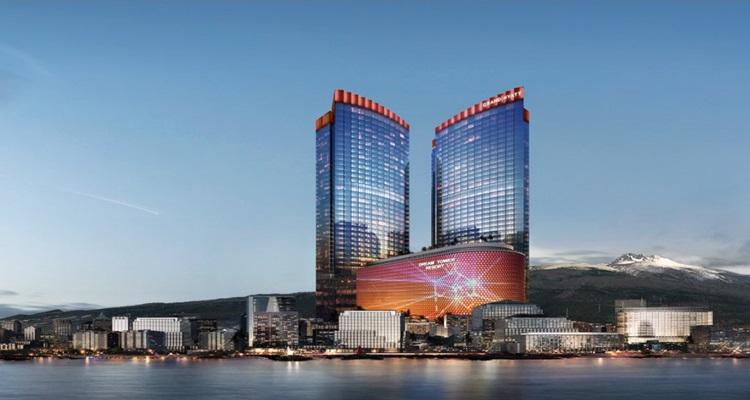 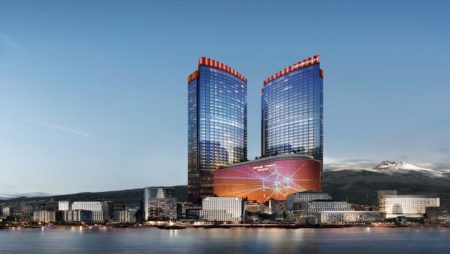 True to its November announcement, Korea based, Lotte Tour Development Co Ltd, will celebrate the official opening of its US$1.4 billion Jeju Dream Tower integrated resort on December 18, after securing final approvals for its 1,600-room Grand Hyatt hotel.

Citing news agency Jeju Sori, Inside Asia Gaming reports that the integrated lifestyle desitnation for the semi-autonomous island of Jeju, has also gained status as a tourist accommodation business, having been registered under the Tourist Promotion Act and Jeju Tourism Promotion Ordinance. The distinction, according to the source, is applicable to hotels with 30-plus rooms and includes specific requirements on facilities in addition to “provisions on foreign ownership and use rights for the land and buildings.”

In late November, the development company announced that it had already begun accepting reservations for hotel stays from December 18, 2020. The 38-story facility is due to premiere complete with 14 restaurants and bars as well as a shopping mall, an exterior pool, a pair of spas and a top-floor skydeck lounge.

While the site is absent a casino, for now, Seoul-headquartered Lotte Tour Development Company Limited reportedly plans to submit an application for the relocation of its current foreigner-only casino from the nearby Lotte Hotel Jeju. That will first require completion of a Casino Impact Study Assessment along with approval from local officials.

According to the source, relocating the license would significantly expand the existing gaming space by nearly 5x to over 5,000 sq meters, while its handful of gaming tables and 51 machines would increase to 150 and 300 respectively.

Sitting on a 75-acre parcel of land located less than two miles from Jeju International Airport, the impressive Jeju Dream Tower is now the tallest structure on the small South Korean island at just over 554 feet.

The long-awaited opening comes approximately 40 years after its current site was acquired in 1980 by Lotte Tour’s predecessor Dongwha Investment and Development Co Ltd. In 1984, excavation work began, however, due to lack of resources was halted. In May 2016, construction on the project resumed after alterations to the design, according to the source.

SuperFarm Raises $1.1M To Drive Mass Adoption Through NFTs in Gaming
37 mins ago

Announcing the final agenda for Gaming Americas Q1 Meetup (28 January), your premier virtual event in the Americas
37 mins ago
Recent Comments
Categories
Recent Posts
18+
Gambling News from NewsCasinoNew.com is made for the most passionate fans of online casinos and internet gambling. We cover everything: from popular gambling world events and trends to new casino slot game releases and reviews, you will find the latest news stories.