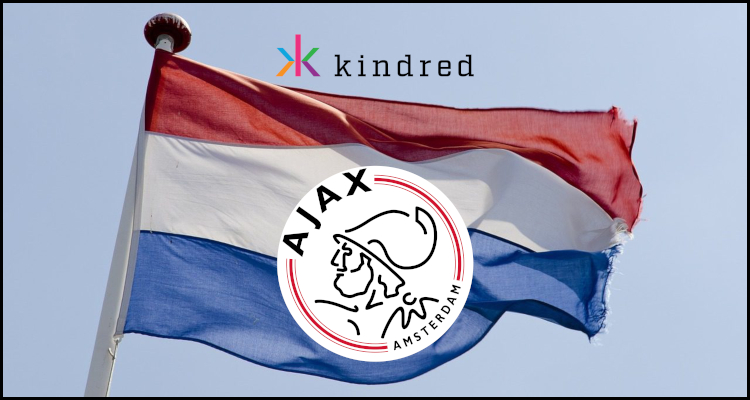 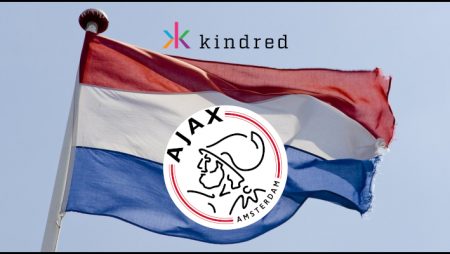 Two weeks after being granted an iGaming license for the Netherlands and online casino operator Kindred Group has announced the inking of an agreement with storied Dutch football club AFC Ajax.

The Swedish firm used an official Tuesday press release to declare that the multi-year ‘commercial partnership’ with the 36-time domestic soccer champion is to allow its Unibet online casino and sportsbetting brand to market its complete range of offerings to fans of ‘De Godenzonen’.

Established in 1997, Kindred Group holds certifications from regulators in some 20 jurisdictions and is responsible for a plethora of mobile-friendly iGaming domains that also include 32Red.com, Bingo.com and MariaCasino.com. The Stockholm-listed operator vacated the online gambling market of the Netherlands in October so as not to prejudice its later successful attempt at securing one of the country’s new licenses.

Lennart Kessels serves as Netherlands General Manager for Kindred Group and he used the press release to pronounce that the new alliance is to moreover see his firm work with AFC Ajax ‘in the field of prevention of betting-related match-fixing, mental health and responsible gambling.’ The executive declared that his company’s flagship Unibet brand has a long track record of actively giving back to sports and society and will now roll out its Unibet Impact program in the small European nation ‘to foster a safer and more responsible online gambling industry.’

Read a statement from Kessels…

“We are extremely proud to work together with AFC Ajax and within this partnership we will invest in Unibet Impact, which is a unique program based on partnerships with professional and amateur sport clubs and societal organizations. Unibet Impact is dedicated to fostering a safer and more responsible online gambling industry while bringing fun and entertainment to the Dutch society. Specifically with AFC Ajax, we want to focus on responsible gambling in relation to mental health.”

Founded a little over 122 years ago in the Dutch metropolis of Amsterdam, AFC Ajax has moreover bagged four UEFA Champions League titles, a pair of Super Cup triumphs and one UEFA Europa League trophy. For his part and the celebrated club’s Commercial Director, Menno Geelen, used the press release to proclaim that he is ‘delighted’ to have inked the deal with Kindred Group to secure the Unibet brand as a new partner.

A statement from Geelen read…

“Kindred Group and its brands are well known for their dedication within the field of responsible gambling and this will receive explicit attention in our partnership. Unibet distinguishes itself through its high-quality product offering that is enjoyed by fans and we will support this with joint content and initiatives. Above that, we will also commit to Unibet Impact.”