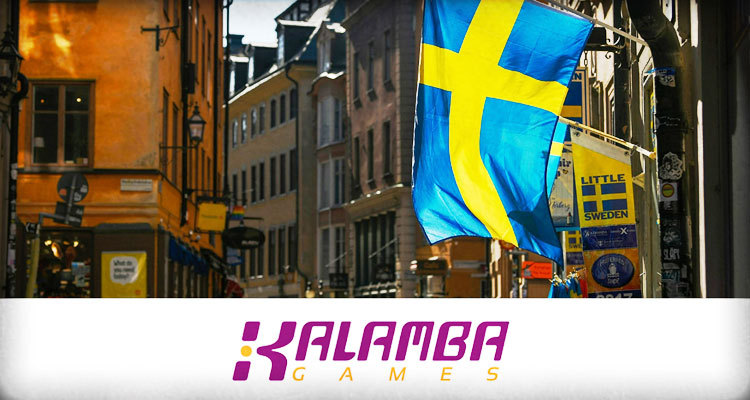 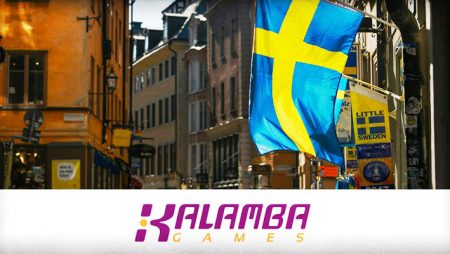 In its latest market expansion, Malta and Krakow-based studio Kalamba Games is busy preparing to enter Sweden’s “burgeoning industry” after receiving certification for a range of its online slots titles.

Entry into what is lauded as “another key European market” where iGaming is reportedly the main source of gambling revenue courtesy of a 13.9 percent year-on-year swell in the sector’s Q2 revenue (combined with sports betting) to SEK4.11bn, further strengthens the firm’s commercial growth.

Courtesy of the recent certification, top performers from Kalamba’s diverse games portfolio including Griffin’s Quest, Burning Diamonds, and the mythical-themed Atlantis Thunder along with a selection of the studio’s player-favorite Joker series are among 9 titles that are currently ready to be distributed to operators in Sweden. Each of the nine has already proven to be “extremely popular” with players across Europe.

Commenting on the recent market expansion into Sweden, Alex Cohen, Chief Operating Officer and Co-founder for Kalamba Games said it is “pleasing’ to mark their “entry into yet another important market in Europe, one which, as recent numbers attest, is continuing to perform strongly.”

The COO goes on to explain that the achievement is a “further step” for the company’s “growth ambitions and a fantastic shop window for the high quality, diverse range of games” that they produce. “It’s a great way to begin rounding off a busy year for new partnerships and territories and we’re looking forward to continuing in a similar vein in 2022.”

Kalamba’s latest market expansion follows its recent entry into other key jurisdictions including Spain and Latin America via the Emara Play platform, Croatia, Portugal, Italy, where it partnered with game distributor BLOX and more recently increased its reach via sports betting and iGaming operator SKS365 Group, and the Netherlands.

Earlier this month, the B2B casino games supplier was awarded an MGA license, which the soon-to-be five-year-old firm lauded as a “huge milestone.” And what Chief Executive Officer and Co-Founder Steve Cutler said, “cements us firmly into the licenced gaming club.”

The new high volatility online slot falls under Kalamba’s K-Cash range and offers possible wins of up to 3,793 times the stake. The game’s 96.41 percent RTP is a tad above average, and it increases up to 96.86 percent via the HyperBonus feature (where available).

Kalamba’s content is currently live with more than 400 operators by way of its proprietary Bullseye RGS platform, in addition to partner aggregation platforms.

More about:  Parliamentarians in Lithuania vote to ban the advertising of iGaming

Fans can expect a little something extra in their Christmas stocking this year, as the developer will be launching the latest edition to its successful Joker series, Joker Times – X-Mas Edition, in December.