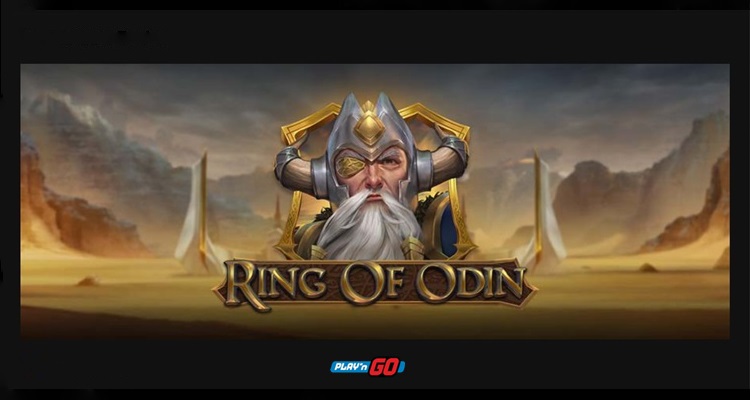 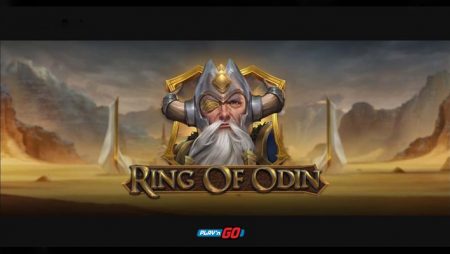 Transport yourself to Asgard and begin the latest Play’n GO adventure with the new online slot game Ring of Odin. The five-reel slot is based on Odin, the mighty Norse god and the story to be told is the ring of Odin, Draupnir. The ring was forged by elves and had the power to multiply into nine rings every ninth night. Watch as you spin the reels of this new game and the ring splits into nine pieces, covering nine spaces on the game grid! This title joins other popular games based on Norse mythology by the developer including Troll Hunters and Viking Runecraft.

Details of the Game:

Load the game and you find yourself in a desolate place, with a large grid featuring characters such as Odin, rune symbols and weapons. Spin the reels and see what features you can activate, such as Odin’s Ring. The ring can be activated on any spin. With activation, players can earn up to nine Draupnir re-spins. One spin is provided per chosen symbol that land’s during Odin’s Rings. During a re-spin, the rings will duplicate the symbol to help players earn a winning combination.

On top of re-spins, players can also earn extra spins. An eye known as Foresight is the scatter and will offer multiplier extra spins in the online slot game. The multiplier will remain active during the spins provided. Initially, four are awarded when activated. The multiplier can go as high as 9x. It takes scatters on the 1st, 3rd and 5th reels to trigger the extra spins.

According to the developer…

CEO Johan Törnqvist commented on the new game by stating:

“Mythology is a very popular subject and a rich source of inspiration, with plenty of stories to be told. At Play’n GO we are, first and foremost, entertainers. We pay particular attention to creating a rich narrative in these games, something players appreciate and enjoy immensely”.

The leading developer has been busy creating games, releasing several new titles since 2020 began. Just before announcing the innovative release based on Odin, they announced a Vegas-style slot titled Sticky Joker. Taking on an entirely different theme, the Sticky Joker game is a 3×3 title with a wild joker symbol, lucky 7s, cherries, lemons and other fruit icons. Earn access to a Wheel of Multipliers if you land four or more Sticky Joker symbols on the reels!