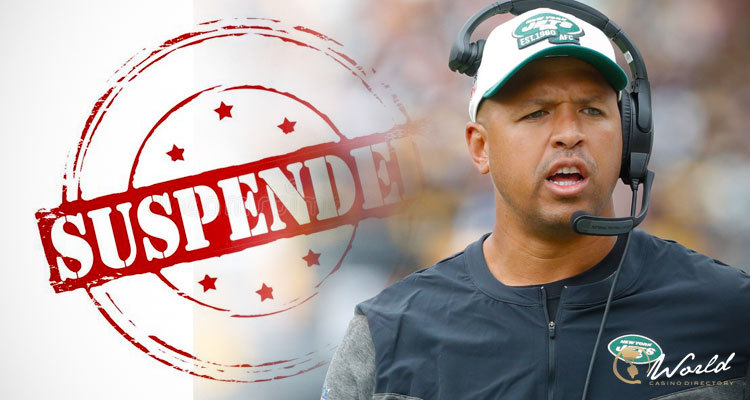 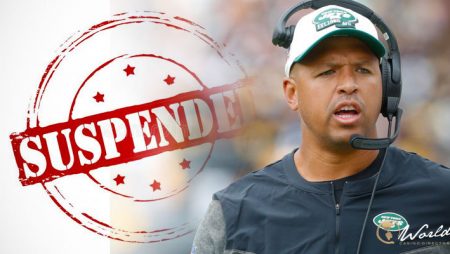 Our source reports that New York Jets wide receiver coach, Miles Austin, is facing at least one year of suspension for violating the NFL’s gambling policy. In the statement issued Friday, the NFL confirms that Austin has been suspended and that he would appeal.

The NFL stated that the league would have no further comment until that appeal has been resolved. At the same time, the source received the information that Austin must serve any suspension before applying for reinstatement. According to the same source, Miles Austin has been the subject of the NFL’s investigation over a certain period after the League found out that the coach violated NFL personnel gambling policy by gambling on sports.

The policy prescribes that NFL personnel may not gamble on NFL games or college football and prohibits wagering on professional sports. Any rule violation incurs penalties such as suspension pending to the Jets coach.

William P. Deni Jr., Austin’s attorney, and the agent told that Austin did not wager on NFL games: “The NFL suspended Miles Austin for wagering from a legal mobile account on table games and non-NFL professional sports. Miles did not wager on any NFL game in violation of the Gambling Policy for NFL Personnel,” said Deni and added: ”He has been fully cooperative with the NFL’s investigation. He is appealing his suspension.”

NFL’s gambling policy requests a strict adhesion to the rule that all coaches are prohibited from any type of sports gambling, not just football: “All NFL Personnel other than Players are further prohibited from placing, soliciting, or facilitating bets on any other professional (e.g., NBA, MLB, NHL, PGA, USTA, MLS), college (e.g., NCAA basketball), international (e.g., World Baseball Classic, World Cup), or Olympic sports competition, tournament or event,” the policy states.

Austin is believed to have violated these rules by making online bets while still at the Jets’ facility. The source reports that the League detected his gambling activity on a sports gambling website. But Austin has not been available for any comment at the New York team’s facility since Tuesday.

Miles Austin, 38, joined the Jets in 2021 as a member of Robert Saleh‘s coaching staff.  He got into coaching as an offensive quality control coach for the San Francisco 49ers in 2019 after a successful NFL playing career.  Austin played in the NFL from 2006 to 2015 mostly with Dallas Cowboys to be selected to two Pro Bowls. His long-term participation in and extensive knowledge of the League are beyond any doubt, but the NFL authorities doubt Austin’s use of such knowledge suspending the Jets’ coach, who is yet to appeal.