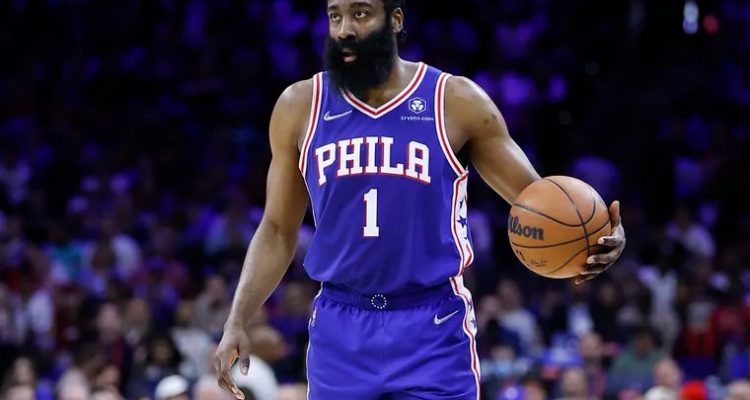 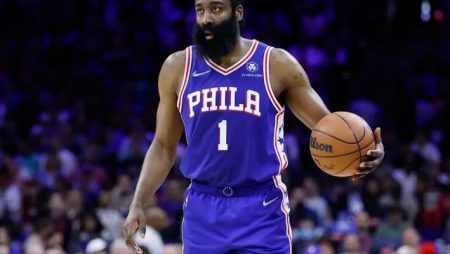 On Wednesday, July 20th, 2022 the Philadelphia 76ers and their superstar veteran guard, James Harden, have agreed upon terms on a 2 – year contract extension worth up to approximately $68.6 million. This new deal also includes a 3rd – year player option for the 2023 – 2024 season of the National Basketball Association.

Harden’s fresh 2 – year contractual agreement with the Philadelphia 76ers will payout around $68,600,000 all of which is total guaranteed money. There is a third – year player option that Harden can choose to exercise if he so chooses to do so prior to the 2023 – 2024 NBA season. James will now earn an average salary of $34,300,000 per NBA season over the upcoming 2 – 3 years. Harden is now scheduled to become an unrestricted free agent once again in 2024.

This was unselfish of James to do in order to stay with a quality contender in the National Basketball Association. In the past he would have probably just gone where the most money was, but it seems now he is chasing an NBA championship title and wants to be in contention for one each and every year for the remainder of his career in the NBA. This contract extension in which Harden took less money than he could get to stay in Philly with the Sixers goes to show you that he just wants win at this point in his career.

James Harden was born in Los Angeles, California, and he attended Artesia High School in Lakewood, California where he quickly excelled at the game as basketball. Following high school, he decided to enroll at Arizona State University to play basketball for the Sun Devils. After having a very successful NCAA college basketball career at ASU from 2007 to 2009 he declared himself eligible for the 2009 NBA Draft.

In January of 2021 Harden was traded to the Brooklyn Nets in a four – team deal which involved the Cleveland Cavaliers and Indiana Pacers, sending Rodions Kurucs, Dante Exum, Victor Oladipo, 4 – 1st – round draft picks as well as 4 – 1st – round pick swaps to the Houston Rockets. In February of 2022, the Brooklyn Nets traded Harden and Paul Millsap to the Philadelphia 76ers in exchange for Ben Simmons, Seth Curry, Andre Drummond, and 2 – 1st – round NBA draft selections.

Although Harden has to share the ball mostly with the Philadelphia 76ers franchise player in Joel Embiid, he still is able to provide lots of scoring power to the already potent Philadelphia 76ers Eastern Conference powerhouse of a team. Some downsides to Harden’s game are that he doesn’t play much defense, and he is not known for sharing the ball well with his teammates on the offensive side of the ball as he shoots a whole lot but is very good at putting points up on the board.

Recent News
FUGASO makes Livespins debut
16 mins ago
Nolimit City is revving up with their latest release, ‘Road Rage’
16 mins ago
Spinomenal secures B2B UKGC licence
16 mins ago
Announcing the shortlists for CEEG Awards 2022 (Central and Eastern European Gaming Awards)
16 mins ago
Recent Comments
Categories
Recent Posts
18+
Gambling News from NewsCasinoNew.com is made for the most passionate fans of online casinos and internet gambling. We cover everything: from popular gambling world events and trends to new casino slot game releases and reviews, you will find the latest news stories.