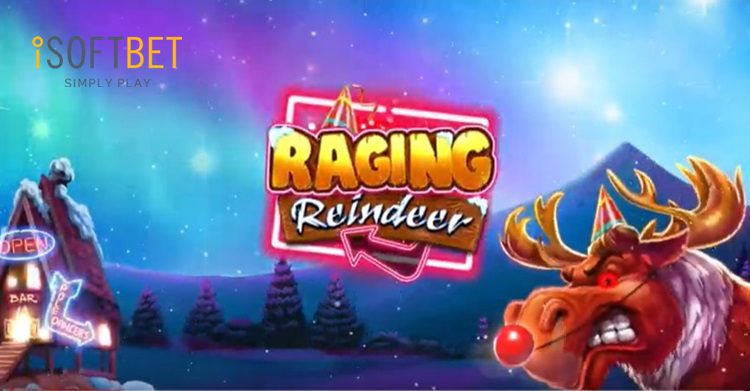 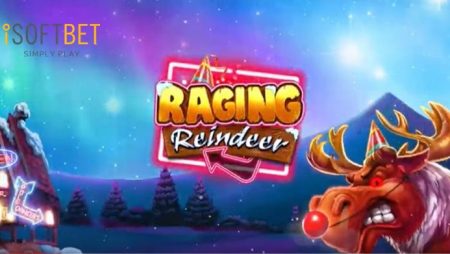 Premium online and mobile casino software provider, iSoftbet, is getting a jump on Christmas with its latest release, Raging Reindeer, which delivers some early holiday cheer and an interesting twist on Santa’s lead reindeer.

This Christmas-themed slot is full of colorful animations and a festive vibe as players join a faux Rudolph along with some other animals indulging in the holiday spirit.

Players who choose to join the holiday party are able to earn up to 4,331x their stake across this six-reel, 4,096-payline game. The online slot has a return to player (RTP) of 95.94 percent while its volatility is in the medium range.

With a beautiful starry winter sky as the backdrop, the not so traditional take on Christmas sees a truly raging reindeer complete with a strapped-on Rudolph nose, serve as the game’s lead and its most lucrative symbol. Other symbols include a mischievous-looking cat, an owl that’s in full party mode and a rabbit and coyote that appear to have been at this holiday cheer thing for quite some time.

The star feature of the game is its Jingle Spins mode, which can be triggered by players by landing at least three scattered Raging Reindeer symbols anywhere on the reels during the same spin. Even more of the snarling reindeer hit the reels in the bonus round where the rather slow-moving soundtrack speeds up to a lively rendition of Jingle Bells.  Landing more of the Raging Reindeer symbols during the bonus round can earn players a sack full of extra spins.

The extra Jingle Spins can be further enhanced by the Wonderful Wilds, which results in some epic wins just in time for the big day!

“We are thrilled to announce our 2019 Christmas cracker, Raging Reindeer.

“With a festive theme and an exciting bonus round, our latest title is primed to release Rudolph’s wild side and deliver plenty of wins for iSoftBet fans during the season of goodwill,” according to a recent press release.

Raging Reindeer, like all iSoftBet’s games, can be played in both landscape and portrait mode on mobile and offers a broad range of language and currency options.

The UK-based online and mobile casino games supplier’s latest title comes on the heels of its last holiday release, Ghost “n” Gold, its first promotional campaign launched in Italy in conjunction with the spooky, Halloween-themed title.

iSoftBet was also recently awarded a B2B software license from the Malta Gaming Authority (MGA), which enables it to offer over 100 of its best performing games to a host of tier-one brands.

More about:  Real Luck Group Limited to promote Luckbox.com with help from Publishme