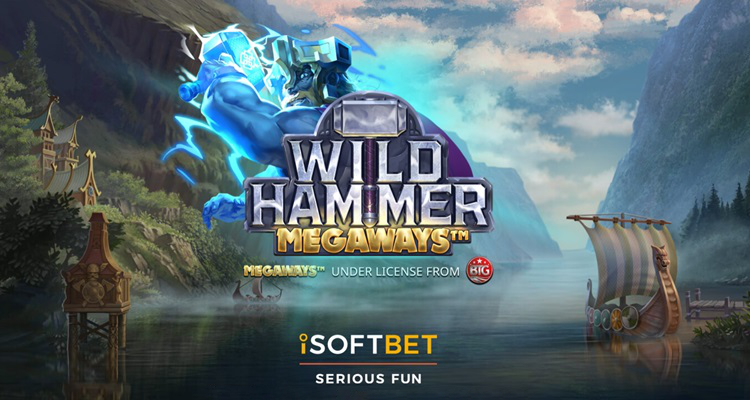 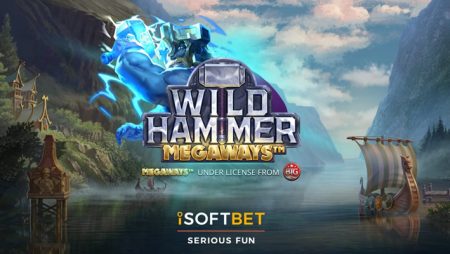 Online games supplier and content aggregator iSoftBet has kicked off the month of August with a brand new title, Wild Hammer Megaways, a Norse adventure that partners players with Thor, the God of Thunder, on a journey to the realm of Asgard.

The reels with fast-moving stone tiles are filled with well-known characters from Norse Mythology, with low pays consisting of shields with 10-A symbols, and picture tiles with Odin, Loki, Freya, and Fenrir, the monstrous wolf son of Loki, the higher pays. Players are paid when at least three matching symbols land in combination from the farthest left reel.

More about:  Scientific Games launches sports betting suite in the Netherlands via the National Lottery

The one-eyed king of the Norse gods is the most valuable symbol, rewarding players 25 times the stake for a combination of six-of-a-kind while Thor’s hammer Mjolnir serves as the game’s Wild symbol. The hammer of the thunder god replaces any regular paying symbol to complete winning combinations.

Base gameplay is boosted with the addition of iSoftBet’s unique symbol matching mechanic, where if at least two matching symbols land on the top reel, they transform into wilds, as does every matching symbol on the same reels directly below them. Cascades, meanwhile, function by removing winning combinations from the reels with new symbols dropping in to fill the empty space. The process repeats until no new winning combinations form.

Lastly, landing at least four Bonus symbols activates the extra spins bonus round. Prior to the feature kicking off, players are presented with four starting combinations for multipliers and spins. The multipier increases with each winning spins, while additional Bonus icons see more spins added throughout the mode.

“Wild Hammer Megaways™ takes an engaging theme and adds the power of Megaways™ to it, for heroic win potential. Coupled with our matching mechanic, any spin could turn into one of truly God-like proportions as entire reels turn wild.”

Claxton added that they are always looking to deliver exciting, innovative content to the market for their players and they are delighted to bring the matching mechanic back in a way that is sure to thrill their fans!

The latest release joins the British online and mobile casino software provider’s growing slot offering, which was just recently enhanced by Ancients of Korea. The Far-East-inspired video slot takes players on an exciting journey through the lands of Korea and offers up to 4,096 ways to win, scatters, extra spins and multipliers.

More about:  Blueprint Gaming’s new slot Sweet Success Megaways™ is one sugary treat that won’t give you cavities!

Last month, the UK firm was also granted an A2 Greek supplier license by the Hellenic Gaming Commission (HGC) allowing it to offer its high-quality proprietary and third-party content to leading licensed operators such as Interwetten, Stoixman, GVC, and Betsson by way of its game aggregation platform (GAP).