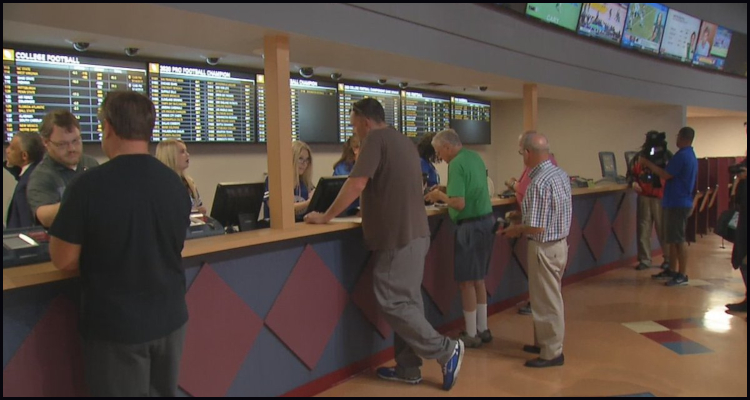 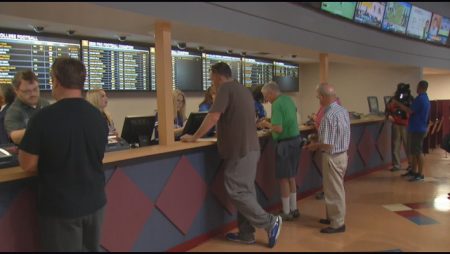 Online and land-based sportsbooks in Indiana reportedly had a very successful October thanks to a 161% increase month-on-month in aggregated handle to $91.7 million alongside a 34% rise in combined adjusted gross gaming revenues to $11.5 million.

According to a Friday report from PlayIndiana.com citing official information from the Indiana Gaming Commission, the improvement was fueled by the recently-launched online sportsbooks from industry heavyweights FanDuel and DraftKings alongside a land-based boon engendered by out-of-state bettors travelling from the Chicago and Cincinnati areas.

Indiana Governor, Eric Holcomb (pictured), ratified legislation in May that legalized land-based and online sportsbetting while Caesars Entertainment Corporation became the first to take advantage following the premiere from September 1 of a sportsbook inside its Indiana Grand Racing and Casino facility. This was soon joined by the In.BetRivers.com sports wagering service from French Lick Resort via a partnership with the Rush Street Interactive subsidiary of Rush Street Gaming before DraftKings got involved courtesy of a domain being run under a license held by Penn National Gaming Incorporated’s Ameristar Casino Hotel East Chicago.

Dustin Gouker, from PlayIndiana.com, stated that these were later followed by FanDuel’s launch of a locally-licensed online sportsbook in partnership with the Blue Chip Casino, Hotel and Spa property from Boyd Gaming Corporation with Indiana having netted some $1.1 million in sportsbetting tax revenues for October.

Read a statement from Gouker…

“Indiana is quickly becoming a star among legal sportsbetting markets in the United States. Indiana is so far ahead of its neighbors in Illinois, Ohio, Kentucky and Michigan that ‘The Hoosier State’ is well on its way to establishing itself as the gambling capital of the Midwest.”

The site moreover reported that the online sportsbetting sites from DraftKings, FanDuel and Rush Street Interactive had combined to account for 52% of October’s aggregated sportsbetting handle at just over $48 million while the sportsbook inside Caesars Entertainment Corporation’s Horseshoe Hammond property, which sits only 17 miles from downtown Chicago, had processed an Indiana-best $10.7 million in wagers.

“Online sportsbetting is a key accelerator in the growth of any legal sportsbetting jurisdiction that offers it. But Indiana’s potential online market is particularly substantial. Indiana does not require out-of-state bettors to register in person at a retail sportsbook so out-of-state residents simply need to cross the state line to place a bet.”

It was additionally reported that the sportsbook inside the Hollywood Casino Lawrenceburg venue, which is located about 26 miles from Cincinnati, Ohio, saw its own October sportsbetting handle rise by almost 33% month-on-month to $6.9 million while the land-based sports wagering service at the Ameristar Casino Hotel East Chicago had recorded a 26% swell to top $6.8 million.

Read the statement from Gouker…

“Indiana is a unique market because it has so many large markets without legal sportsbetting so close to its borders. Two of the top retail sportsbooks in the state are near Chicago and the second largest is just over the border from Cincinnati. That shows just how much out-of-state money is flowing into Indiana sportsbooks.”

More about:  Paysafe Group Holdings Limited set to return to the public realm

Recent News
World Esports Championships Finals Begin with Spectacular Opening Ceremony
1 hour ago
“Cheer for those who cheer for us”: FAVBET calls on Ukrainian football fans to support Ukraine’s allies at the 2022 World Cup
1 hour ago

New Jackpot Campaign by SoftSwiss Jackpot Aggregator and Spinago Is Here
6 hours ago
Recent Comments
Categories
Recent Posts
18+
Gambling News from NewsCasinoNew.com is made for the most passionate fans of online casinos and internet gambling. We cover everything: from popular gambling world events and trends to new casino slot game releases and reviews, you will find the latest news stories.