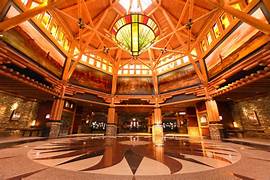 A new sportsbook lounge has been opened at the Four Winds New Buffalo casino in Michigan, US.

The Four Winds is owned and operated by the Pokagon Band of Potawatomi Indians. The new lounge has 22 TVs including eight 85ins models and will satisfy a growing demand for sports betting in the state.