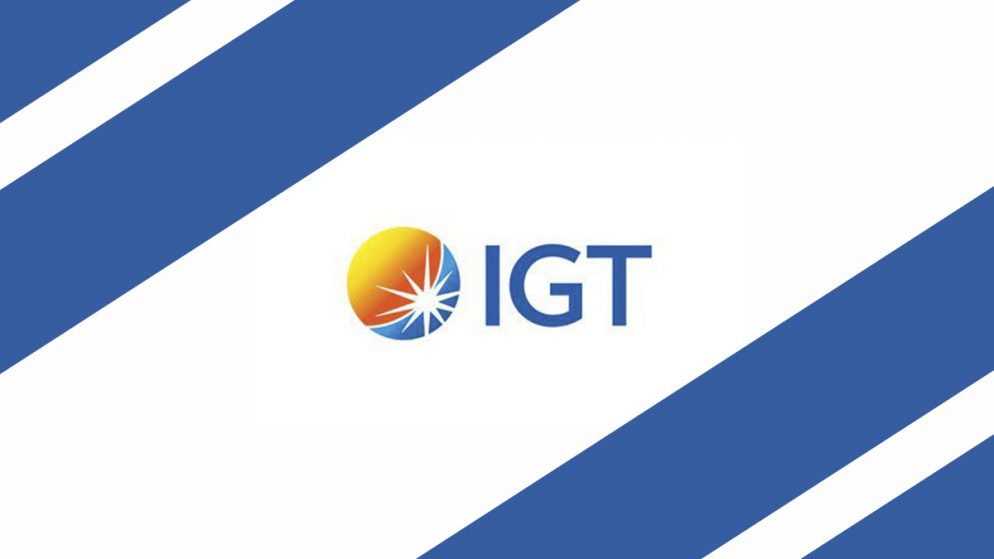 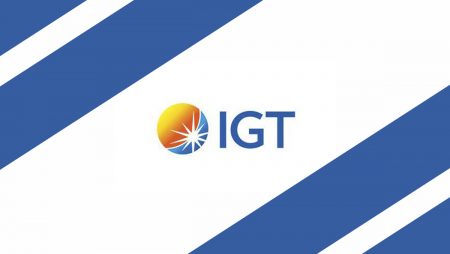 Yggdrasil, has embarked on a dramatic interstellar journey in partnership with ReelPlay. Hypernova 10K Ways™ sees explosive reactions taking place in outer space, with the six-reel hit offering 10,000 ways to win. Each win causes a chain reaction, that can see addition wins occur, in a form of cascading wins popularised around the industry. Bonus Respins are triggered when six or more Scatters appear on the reels, granting players three respins.

Pragmatic Play, is calling for players to walk the plank in its riveting pirate-inspired release, Star Pirates Code™. Here, players will need to rely on their navigation skills to find their way to a bounty full of gold, and thanks to the skull multipliers, will also be able to unlock a treasure trove of wins and big prizes along the way! The base game is played out in a coastal environment with waves crashing and lanterns glowing behind the reels.

Magic is in the air with Red Tiger’s brand new slot game Beriched – a game that gives players the opportunity to make mystical recipes and see if they have the Beriched touch. These recipes award wonderful wins and players can enjoy the features this 5-reel, 4-row slot game has to offer, such as: Wilds, Symbol Locks, and Free Spins. With a high volatility, this game will ‘Berich’ players with The Recipe, a random set of symbols sitting below the main reels.

Greentube, is inviting players on a journey through the heart of Asia in its latest majestic title Power Prizes™ – Royal Crane™. Filled with beautifully crafted Asian-inspired symbols and characters, this game transports players to a serene pond surrounded by cherry blossom and lotus flowers. In this thrilling feature-rich slot, landing six coins across the five reels triggers the Power Prizes™ bonus feature that gives players the chance to claim the Grand Jackpot with a bit of luck. The number of bonus spins awarded in the Power Prizes™ feature is dependent on the number of triggering coins.

Journey back to the time of boat battles and brave warriors in Book Of The East by Swintt – an all-new slot adventure from the in-demand software providers that allows players to buy directly into the bonus round to improve their odds of landing truly legendary prizes. Featuring five reels, three rows and 10 lines to win, the game takes place aboard an ancient warship that’s brought to life by animated design elements including billowing sails and swinging lanterns.

Get ready to laugh all the way to the bank in Stakelogic’s new expanding reels slot as provider launches second PopWins™ slot after new licensing agreement. It’s a case of old meets new in Stakelogic’s innovative Joker Drop™, as the in-demand software developers combine the sights and sounds of a classic slot with cutting-edge PopWins™ Mechanic and more Free Spins than you can shake a jester’s stick at. Joker Drop™ comes after Stakelogic entered into a licensing agreement with AvatarUX that will see the supplier get exclusive rights to the popular PopWins™ mechanic for a period of 6 months.

More about:  INDIA PLAYS RETURNS WITH MORE FUN GAME TITLES TO BE PLAYED BY THE MOST LOVED GAMERS

iSoftBet, the leading online games supplier and content aggregator, has geared up for its biggest holdup yet in a new release, Diamond Heist Hold & Win. The 20 payline slot sees a daring robber planning a raid on a wealthy bank, where huge riches await behind the vault door. As well as two bonus rounds, there are three in-game modifiers that can be triggered at any point in base play, including Extra Wilds, Mystery Symbols and Win Multipliers.

Habanero has opened a door into a new world in its latest slot Nine Tails, where players must navigate through a mystical world in search of prizes. Featuring captivating graphics, huge wins and an exclusive Lady Feature, Nine Tails is a modern twist on an ancient Japanese folktale, played out on a 5×5 set of reels that enchants players with astonishing gifts. During the base game, the Lady Feature can award 1 Scatter, 3 Wilds or 4 High Pay symbols. More fortunate players can take advantage of up to 57 free games, which can be retriggered and offers random upgrades when 9 tails of luck are collected.

Microgaming, All41 Studios and WWE announced a partnership that will showcase WWE icons in WWE Legends: Link&Win. Bringing together WWE’s immense global brand with classic slot features, this action-packed game combines WWE Hall of Famers “Stone Cold” Steve Austin, “Macho Man” Randy Savage, Eddie Guererro and Booker T with the popular Link&Win and HyperSpins mechanics. In the Link&Win arena, players will have the opportunity to bring home the Champion Jackpot, claiming a colossal 5000x their bet when all 15 symbol positions are filled.

Evoplay has announced the launch of its teaser campaign for its hotly anticipated third-person shooter slot title, Star Guardians. In a flagship experience that blends elements from both slot and shooter titles, players will fast-forward to the year 2777, emerging in the fifth year of an interplanetary war. To intervene and win the war, players will take full control of a character and their actions. Swarms of giant, mutated insects called Tritons (named after the planet where they were first seen) feed on human energy and resources, killing everyone they find in their path. To counter this evil, three volunteer warriors – Joe Butcher, Skyler, and Keliot form a Special Forces team: The Star Guardians.

In its latest video slot release Spacejammers, Tom Horn Gaming invites players to embark on an epic galactic journey to test their skills against the challenge of the biggest space heist ever. Spacejammers is a 5×3 game which includes the shatter mode, free spins and an increasing multiplier. The features alongside a consistently entertaining narrative, and engrossing gameplay keep the action gripping throughout the game whilst promising the prospect of seriously big wins.

Endorphina has just released its brand new medieval slot, one that pushes you to use some ancient magical practices to create the future and life you ultimately crave. The new slot is entitled Magnum Opus – a term that refers to an artist’s greatest work or achievement. This ancient slot has 3 reels, 3 rows, and 5 paylines. On each enabled payline, only the highest win is paid. All prizes are for combinations of a kind. The matching symbols must be on enabled paylines and adjacent reels, starting from the leftmost. Wins on different paylines are also added.

The God of Mischief makes his presence known (or unknown) in his pursuit for the throne in Play’n GO’s Tales of Asgard: Loki’s Fortune. This classic 5×5 slot game features Dynamic Payways that see the initial 3,125 payways have the potential to multiply to an impressive 100,000 payways – giving players more ways to win. A new addition to Play’n GO’s Norse Mythology series, this is the first time that players will get to see Loki as the main character. The game’s theme reflects Loki’s mischievous nature as players reveal mystery symbols to create multiple ways to win.

The anticipation of a Free Spins mystery choice takes centre stage in leading slot developer Blueprint Gaming’s new game release, Bankin’ Bacon. The porcine-themed slot takes place on a 6×4 reel set and offers 4,096 ways to pay, all played out on a fun, colourfully animated backdrop. Three or more scatter symbols trigger the Banker Spins round, in which the player can collect the standard 10 Free Spins or gamble on the mystery wheel for the chance to win up to an incredible 50 spins, as well as an upgraded value of the lucrative cheques that are required to scoop big wins.

Yggdrasil, has rolled out underwater extravaganza Golden FishTank 2 GigaBlox™. The six-reel sequel to Yggdrasil’s original smash hit sees players return to the fish tank, where huge riches await behind the aquatic residents. On every spin at least two adjacent reels will connect to form up to a 4×4 GigaBlox™ symbol, while in Free Spins this can be a staggering 6×6 in size on the extended reels.

OneTouch has released God Hand, the third in an ongoing series of Japan-specific mobile-first games targeted towards the rapidly growing market. God Hand is an epic title filled with unique features that will be sure to build a loyal player following. Press the spin button and watch as a God-like figure drops a boulder below. If he deals you a lucky hand with a coloured ball you could claim a big prize, while if a golden ball appears you will be immediately transported to the Gold Rush free spin round where a Goddess serves you with the chance of a win of biblical proportions.

Realistic Games whisks players to the sands of Egypt on the hunt for ancient treasure in its latest instant win game, Tutankhamun Deluxe® Pull Tab. Thanks to its general release, the long-time player favourite theme of Egyptology provides the backdrop for a five-reel, four-win line Pull Tab game featuring Scatters and Free Games, maximising cross-sell potential. Offering engaging gameplay with slot-inspired features, Tutankhamun Deluxe® Pull Tab presents four tabs that players virtually pull back to reveal prizes, which include cash pay outs, free games and re-triggers up to a maximum win of 1,000x their bet.

Playson has released The Fruit Megaways™, a fruit-themed video slot that further strengthens the company’s Timeless Fruit Slots collection. The much-anticipated title features high quality, photo-realistic fruit drawings that have become synonymous with Playson’s superb fruit slot offering. With the popular Megaways™ mechanic incorporated into the gameplay, this latest release has 6 reels from rows 2 to 7 and offers players a colossal 117,649 ways to win.

Betsoft Gaming, once again shows its provenance as the market leader for true cinematic iGaming slots with stunning release Return to Paris™. Following the smash hit A Night In Paris™, the Thief with an eye for an antique is back – and so is the Cop, looking to hunt him down! Loaded with frequent wins, Multipliers, explosive Wilds and an engaging Free Spins round, this five reel 20 payline slot is the cartoon crime caper of the year.

Pragmatic Play, is back with another instalment to its iconic John Hunter series in latest release, John Hunter and the Quest for Bermuda Riches™. As the title suggests, the 7×7 slot title invites players to hunt for hidden treasure in the pink-sand beaches and deep waters that encompass the territory of Bermuda. Thanks to the Tumble feature, symbols that have been part of a win will disappear, and the symbols above will tumble down and take their place. The game will then play with this new collection of symbols as a new game with no cost to the player. This process may be repeated until there is no win.