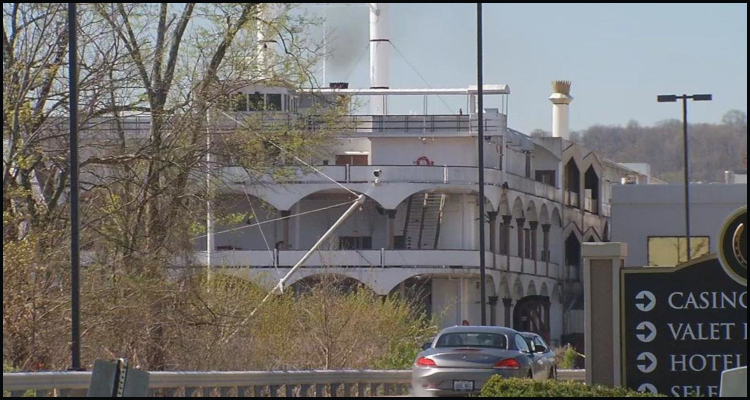 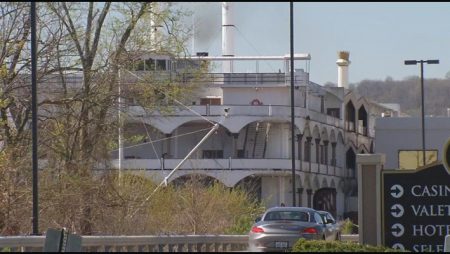 According to a Sunday report from the Associated Press news service published by local television broadcaster WXIN-TV, the Harrison County facility has been operated from the Glory of Rome vessel since 1998 but will soon be shifting a few hundred yards into a new $90 million land-based venue featuring a sportsbook as well as a casino offering a large selection of slots, gaming tables and poker attractions.

The broadcaster reported that the opening of the 110,000 sq ft onshore casino is to also involve Caesars Entertainment Corporation closing down its floating operations before selling off the Glory of Rome, which is thought to be the world’s largest riverboat casino.

Horseshoe Southern Indiana is located along the banks of the Ohio River approximately 14 miles from downtown Louisville, Kentucky, while WXIN-TV reported that its move was made possible by the passage of legislation in 2015 that permits Indiana riverboat gambling ventures to relocate onto dry ground so long as they do not extensively stray from their existing footprints.

Louisville-based broadcaster WAVE-TV reportedly used its own Sunday report to detail that the new-look Caesars Southern Indiana is to moreover feature a VIP lounge and up to five restaurants in addition to separate non-smoking, high-limit and private gaming lounges.

Brad Seigel, Vice-President and General Manager for Horseshoe Southern Indiana, reportedly told the broadcaster that the Glory of Rome has been a great servant to his facility but is now due to be replaced by a one-story Las Vegas-style venue additionally offering exterior balconies, an advanced ventilation system and windows that will bring in natural light.

“Twenty-one years of operating here on the riverboat; it served us well and created so many memories. The boat is for sale. We expect that it will be sold but the timeline is uncertain.”