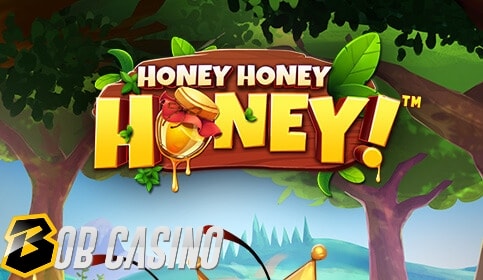 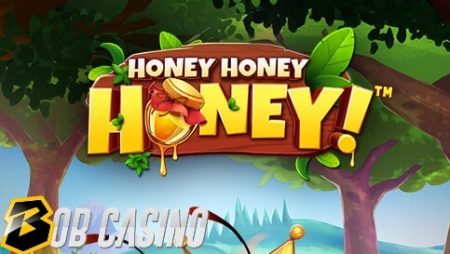 According to research carried out by pollination specialists, about a third of the world’s food production depends on bees for success. What’s more, bees are renowned for their role in producing important products such as honey, as well as incredible traits such as the ability to recognize human faces despite their tiny brains.

So, as we can easily deduce, bees are incredibly fantastic. And they don’t come much more incredible than the personified bee characters on the brand new Honey Honey Honey! by Pragmatic Play. Toil hard on the reels to help these cute & buzzing little creatures collect their nectar and be rewarded handsomely for your efforts.

Make sure to play Honey Honey Honey and lick the spoon once you’re finished! Alternatively, check out this free demo of the game:

The regular icons of the game include a board with the game’s title on it, honey jars, white chamomile flowers, purple corncockle flowers, and the usual low-paying blackjack icons. Special icons, on the other hand, include honeycombs (bonus symbols) and worker bees (wilds). The latter will substitute all other symbols except for the honeycombs to complete a winning combination, which essentially comprises of 3 or more of a kind counting from the left.

The game also comes with a Hive Alive side game which is activated randomly after playing for some time. Once it is triggered, you will be taken to the hive where 3 grinning bees will be holding signs with the words “Pick Me” written boldly on them. It might be hard to just select one out of those three smiley faces but you will immediately forget about that when you are awarded a winning spin worth 30X, cash bonuses, extra bee wilds, 3-5 of a kind along a payline, or free spins.

As soon as bonus symbols land on reels 1, 3, & 5, the player will be prompted to choose between the Sticky Streak Bonus and the Honey Queen colossal Bonus. The first option gives you 8 free spins, a sticky expanded wild on the third reel, and a respin after every win. The second option, on the other hand, gives you 5 free spins, 2X2 or 3X3 Colossal Symbols, a random 2X multiplier, and also activates the Special Reels.

Honey Honey Honey! from Pragmatic Play serves up much more than the typical slot game by featuring a lively side game loaded with surprise prizes and by also allowing players to choose between 2 bonus games. Combine these attributes with its sleek animations and tranquil soundtrack and it easily earns a spot in our recommended list for those looking for a slot game that spews uniqueness in terms of gameplay & winning possibilities.