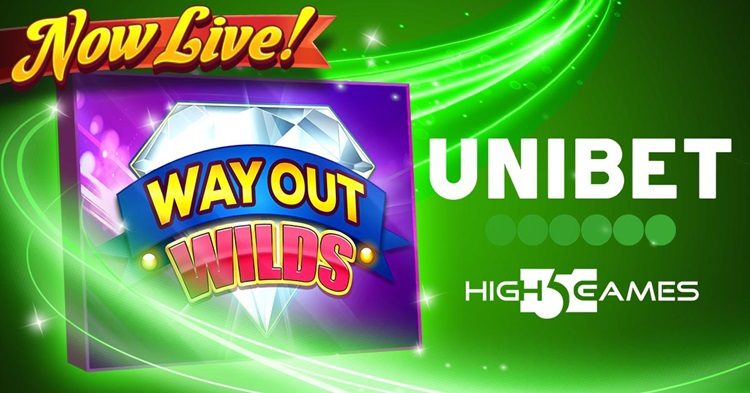 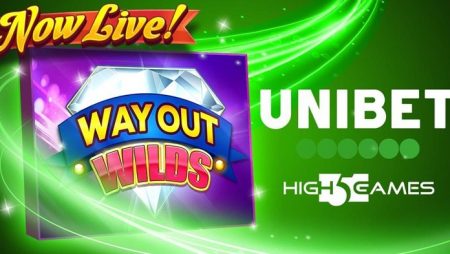 The successful integration makes available one of HG5’s most popular releases of the year to Unibet players in Sweden and other various markets. The fruit-themed slot comes complete with the Lasting Loot feature where wild symbols adhere to the reels for upcoming spins.

“We’re thrilled to have launched Way Out Wilds with Unibet.”

Also included in the 5X4, 80-paylines slot are two additional exciting features, Locking Wilds and Double and Tripple Split Symbols, the latter of which increases the chance of landing a greater number of symbols on a standard payline.

Chief Executive Officer for High 5 Games, Anthony Singer, commented on the integration in a press release…

“We’re thrilled to have launched Way Out Wilds with Unibet, in a move which further enhances our relationship with Kindred Group. We’re looking forward to extending our presence globally through Relax Gaming and continuing to provide Unibet with even more exciting games.”

“It’s great to see our Powered By partner, High 5 Games, deliver Way Out Wilds through the Relax Gaming platform. This integration demonstrates the power of our platform in providing engaging content for operators looking to expand their casino offering quickly and efficiently.”

The recent launch comes after in June this year Relax Gaming welcomed H5G as another ‘Powered By‘ partner, making its entire portfolio of 120 licensed titles, including Midnight Eclipse, The Green Machine Deluxe and Silver Enchantress, available via the platform-to-platform agreement.

Prior to leading the group’s [Kindred] operations in France, the UK and Australia, Maijala served as chief executive of iGame Group, which Kindred acquired in 2015.

For the last year and a half, Eskola has led the Malta-based casino games provider, having overseen a period of substantial growth, And through his new role will now be responsible for directing the firm’s commercial strategy, with an emphasis on securing bigger strategic partnerships and new market strategies.

“Having followed Relax Gaming from day one, I am extremely honoured to join the team and continue to take the company to new heights alongside Daniel,” said Maijala in the company’s official press release. “Relax Gaming has been on a fantastic journey since 2010, growing significantly in the last two years in terms of product, offices, talent and market visibility. It’s great to be a part of such a promising future.”

“I’m very excited to dedicate more time to scale our business as CCO and lend more support to the already great work our commercial team has delivered in the last 18 months.

“Tommi is a highly respected individual in the industry and I look forward to working with him to realise the untapped commercial potential for Relax Gaming and unlock further growth as our product offering and reputation grows.”

The St Julian’s-headquartered company said that the division of tasks between Eskola and Maijala will give its multiple business areas additional focus at the executive management level.

Game Development World Championship Launches an Industry Speaker Event!
5 hours ago
Recent Comments
Categories
Recent Posts
18+
Gambling News from NewsCasinoNew.com is made for the most passionate fans of online casinos and internet gambling. We cover everything: from popular gambling world events and trends to new casino slot game releases and reviews, you will find the latest news stories.