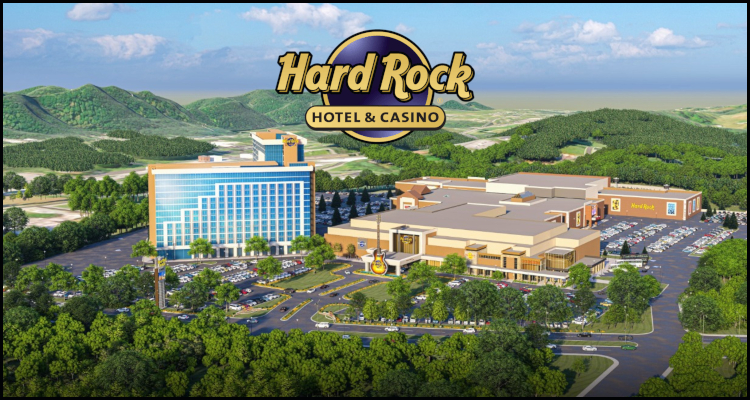 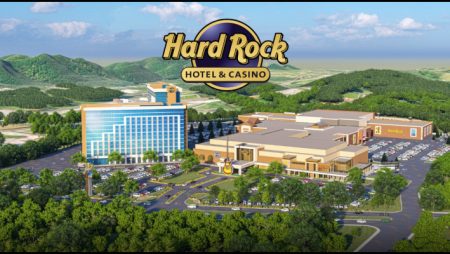 In the American state of Virginia and the interim Bristol Casino: Future Home of Hard Rock venue opened by Hard Rock International earlier this month reportedly chalked up $37.5 million in first-week handle.

According to a Sunday report from the Associated Press news service, the temporary facility in the city of Bristol opened to punters from July 8 offering a selection of approximately 900 slots as well as 21 gaming tables. This property is to purportedly be replaced in early-2024 by the larger Hard Rock Hotel and Casino Bristol venue featuring a 90,000 sq ft casino in addition to a 25,000 sq ft sportsbook, as many as 50 retail and food outlets and a hotel with up to 1,000 rooms.

Hard Rock International is an enterprise of the federally-recognized Seminole Tribe of Florida and reportedly revealed that its 30,000 sq ft Bristol Casino: Future Home of Hard Rock venture became the first fully-fledged casino to open in Virginia following the successful passage of a local November of 2020 referendum. The operator purportedly disclosed that opening-week customers preferred slots over gaming tables while being rewarded with more than $33.7 million in winnings, which was around 90% of what was wagered.

More about:  Eldorado Casino to re-open from next month under a new name

The Associated Press reported that the Bristol Casino: Future Home of Hard Rock property generated over $673,000 in first-week taxes for the state of Virginia that is to be used to help fund the construction and repair of local schools. The news service noted that the opening will be followed by similar privately-owned facilities for the cities of Norfolk, Portsmouth and Danville each featuring minimum $300 million price tags.

Allie Evangelista serves as the President for the new Bristol Casino: Future Home of Hard Rock venue and she used an official March 30 press release to declare that the property furthermore offers non-smoking and high-limit areas that are to be complemented by a Hard Rock merchandise store alongside a restaurant and a pair of sports bars ‘with entertainment’.

Read a statement from Evangelista…

“Visitors will be thrilled to enjoy fantastic gaming and dining opportunities at our new property. Bristol Casino: Future Home of Hard Rock will be a major draw to Bristol and the region as we move towards completion of our full-scale resort and casino.”