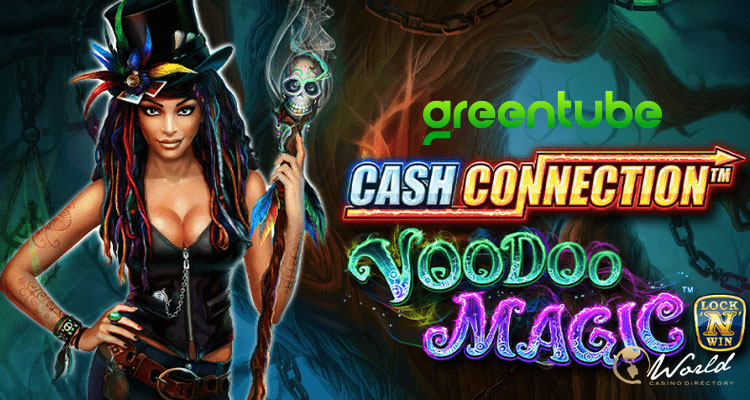 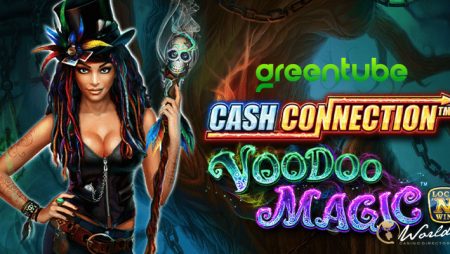 With the spooky season just around the corner, Greentube updates its library with its newest slot release joining this year’s Halloween festivities. The game is titled, Cash Connection – Voodoo Magic.

A fear-inspiring visual and design:

This exceptional slot tempts players to become part of the magical realm where supernatural forces roam freely. The title, launched just in time for Halloween, uses black magic to deliver rewards, a dazzling Lock & Spin feature, aka bonus round, and four jackpots, meaning the ultimate win!

Gaining six or more coin symbols during base gameplay will set off the Lock & Spin feature, where players are awarded three free spins. The plot of this bonus round is to fill the reels with every given free spin, while the coin symbols are locked in place. allowing players this golden opportunity. However, if a new coin appears, the traditional free spins will reset back to three, allowing additional, boo-licius chances for triumph!

Winning the game and getting a Grand jackpot will have you bursting with excitement to finally start playing! Moreover, to win the game’s Grand jackpot cash prize, players, with the luck borrowed from a leprechaun, must fill the reels with 15 coins during Lock & Spin mode.

The game contains three other jackpots, which are also available during Lock & Spin mode, but the slot is designed to offer a high winning opportunity, with its 5 reels and 243 winning ways. Players have plenty of time to summon hidden magic and win the game!

Cash Connection – Voodoo Magic is part of the 4 title series especially created for the spooky season, ensuring players’ satisfaction this Halloween and beyond.

The game is live via the brand’s B2B partners.

Steve Cross, Director of Games Development and Operation at Greentube, said: “We have had great success with our Cash ConnectionTM series and we are thrilled to add Voodoo MagicTM to the offering, just as spooky season is about to begin. The game’s captivating theme and mesmerizing soundtrack coupled with the Lock & Spin feature makes for a title that is bound to appeal to players off all demographics, offering magical rewards to those who can use the voodoo powers.”

Greentube, a leading supplier and creator of games and gaming solutions for no download flash internet games, iTV and mobile delivery, is based in Austria, with development offices around the world. The company is founded in 1998, but after going through several name-change phases, the company name is officially established in 2011, after their acquisition by Astra Games, a NOVOMATIC owned company.