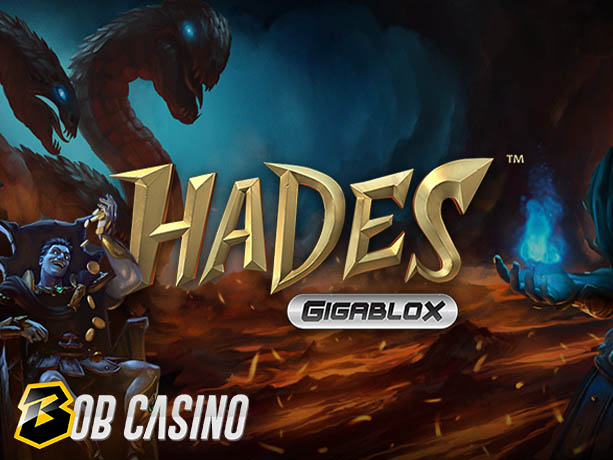 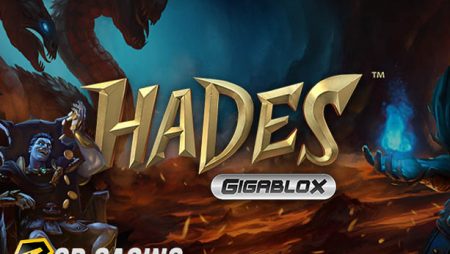 May this year, Yggdrasil debuted its third mechanic, Gigablox™, following the debut of Splitz™ and Multimax™ in November 2019 and February 2020, respectively. Not so much experimenting has been done with the trio, to be honest, considering that none of them has seen more than two game releases.

Focusing on Hades, Gigablox’s second release, it picks up from where the first installment (Lucky Neko) left off, leveraging the strengths of Gigablox™ for a more exciting outing. Eager to get into the details? Hop on!

From playing with Japanese Daruma dolls in Lucky Neko to messing with the king of the underworld in Hades! Play the second Gigablox™ installment for real money or in a free demo that is coming soon to Bob Casino!

The game gets off to the perfect start due to crisp graphics that manage to capture hades as you would imagine it. A furnace is burning below a 6X6 grid supported by a fearsome structure that just about summarizes the atrocities of hell. The king of the underworld also takes the stage, mostly to render a commentary with a creepy voice.

Being a second running of the same mechanic, the Gigablox/blocks make a return. Unlike in the first installment, however, it’s possible to land 6X6 blocks in the base game, meaning you could end up landing one giant symbol that occupies the entire grid. That’s interesting, but what are the chances of that actually happening? Hard question to answer, but at least we know it’s possible!

Hades is playable on any device and browser with bets ranging from €0.10 to 100 units for those who want to play for real money. Volatility is rated high, as you would expect, while RTP sits on the average mark at 96%. Despite that, long spells without wins are rare, and you have got a decent hit rate and, of course, the Gigablox mechanic to thank for that.

On to the paytable, the symbols involved include four card icons and three scary creatures. The red lion-like creature calls the shots here, racking up rewards of up to 8X on a line.

The king of the underworld can turn livid at times, fighting all monster symbols in view. Every monster symbol that gets beat spawns a substituting wild.

The method of triggering the bonus round is a nod to the first installment. At least five free spins symbols are needed, with each appearance equaling one free spin.

Once the session begins, each scatter-symbol landed adds one round to the free spins tally. Also, the man of the hour will fight the monster symbols on every spin, spawning a wild on each success as one point gets added to the multiplier counter. Reaching ten, fifteen, twenty, and twenty-five successful fights activate X2, X3, X5, and X10 modifiers, respectively.

Hades is an impressive slot, judging by how it looks, plays, and pays. So there’s no question as to whether you should give it a go.

For those curious about the potential, you have got a good reason. Yes, the developers claim a potential just over one million Euros, but where in the world would that come from with a 50-line layout?! It’s easy to point to the mechanic when attempting to answer that question, but Gigablox only increases the chances of landing more of a kind. So leaving the potential claimed by the developer on paper, let’s do the maths.

The best-case scenario would be to have the premier symbol occupying the entire grid in the bonus round, with the premier multiplier in play. That would amount to 4000X (8X on 50 paylines with X10 modifier), which is decent and still higher than Lucky Neko’s calculated-potential.

Cowboys Gold™ Slot Review (Pragmatic Play)
4 hours ago
Recent Comments
Categories
Recent Posts
18+
Gambling News from NewsCasinoNew.com is made for the most passionate fans of online casinos and internet gambling. We cover everything: from popular gambling world events and trends to new casino slot game releases and reviews, you will find the latest news stories.