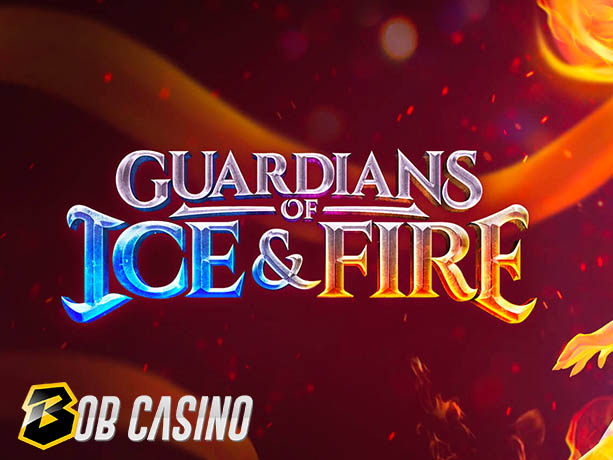 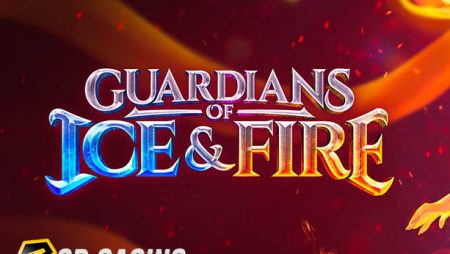 Much more than a tattoo on a guy who’s intrigued by martial arts, the Yin Yang symbol (☯) carries with it a deep meaning that is as simple as it is compound. To help us understand it, ancient Chinese philosophers broke it into its two constituent parts. The first was Yin, which they associated with all things dark and cold such as ice. Yang was the second, which they saw as a representation of everything that emanates light such as a fire. Though contradictory, both are inseparable, complementing each other whenever the need arises. It is this concept that PG Soft chose for Guardians of Ice and Fire, which hits the lobbies of all Relax Providers as a brand-new release, courtesy of the Powered By platform.

Time to get those double blessings with the guardians of Ice and Fire! Play the Guardians of Ice & Fire slot for real money here or enjoy a free demo below:

Although there is no intention of pitting them against each other, the animators place the guardians of ice and fire on opposite sides of the grid. One at the top and the other at the bottom, as if conjoining their powers to control what’s happening on the 2-3-4-4-3-2 grid placed centrally. As usual, the slot’s aural quality demonstrates a developer with a dedicated team of acoustic engineers who bust their butts to craft an eclectic music mix that works in tandem with the gameplay.

Because Pocket Games Soft adapts a mobile-first design, stretching the playing area over the entire screen on a desktop is impossible. The grid will occupy just the central area of the screen as a blurry image of the guardians forms the backdrop. That might be a bummer to some, though it won’t matter much as it won’t affect the slot’s gameplay in any way. Furthermore, the characteristic AAA calibre artwork and rendering from PG Soft ensures an uncluttered playing area, as well as smooth gameplay, no matter the device.

Players willing to see the guardians of ice and fire in action can fire up the slot after setting bets ranging from 0.2 to 20 euros. Statistically, there is nothing to dislike. The RTP is above average at 96.7% for one, while the volatility sits on the fence to entertain casuals and high rollers alike.

As to symbols, four blackjack icons form the first category while a quartet of randoms represents the second. Values are not that great but that’s expected as the goal is to win using as many ways as you can. Guardians of Ice & Fire avails 576 ways, increasing fourfold in the bonus round, which we will come to later. To determine the number of ways you won with on a particular round, just take the tally of the winning symbol from each reel, then multiply the resulting figures. In other words, the number of winning ways is arrived at by multiplying the symbol spots each reel has (2x3x4x4x3x2).

Winning is not that complicated. All you need to do is line up identical symbols from left to right, regardless of the position.

Bringing together both guardians, the wild symbol substitutes for all regulars to complete a winning combination. They can only appear from the second reel onwards, doubling the rewards of every win they are part of.

Three, four, five, and six free spins symbol appearances trigger ten, fifteen, twenty, and twenty-five rounds on the house, respectively. Rewards are bound to be higher than in the base game because the bonus round plays on two grids, which have an additional row in the middle to boost the total number of winning ways to an impressive 2304. And that’s not all. If there is a winning combination on both grids, all wins will be subjected to an x5 multiplier. Even better, an x10 multiplier is awarded if a wild is involved in a win.

Retriggers are possible, with each free spin symbol awarding one additional free spin.

Guardians of Ice & Fire- Our Verdict

With their mobile-first design, PG Soft has delivered another gem. It is almost impossible to pick out a flaw, especially when you consider the x50000 potential the slot promises to dish out. A 50000x payout seems highly unlikely, but who knows, you could be the one to prove it’s not.

FinXP Partners with CashtoCode
1 hour ago

XB Systems AG Releases Q1 Trading Update and LOI with Galaxy Group
1 hour ago
Recent Comments
Categories
Recent Posts
18+
Gambling News from NewsCasinoNew.com is made for the most passionate fans of online casinos and internet gambling. We cover everything: from popular gambling world events and trends to new casino slot game releases and reviews, you will find the latest news stories.