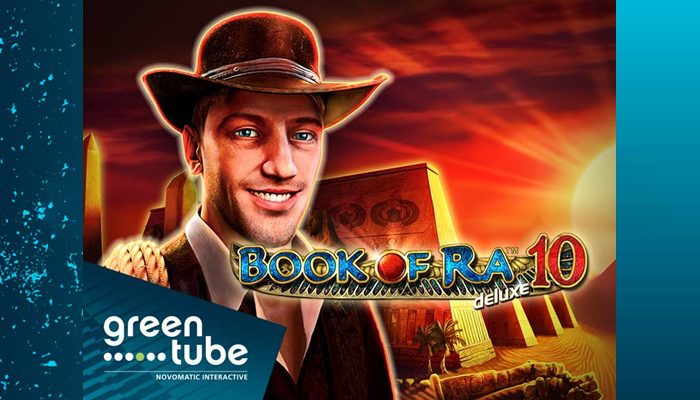 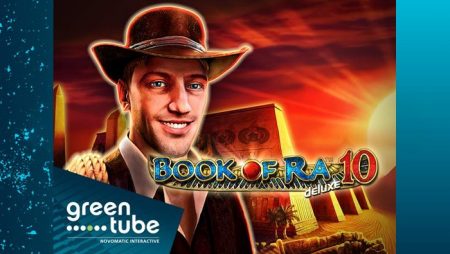 Software developer, Greentube, has announced an addition to their Home of Games portfolio with the release of Book of Ra deluxe 10. The new game is now live via the developer’s B2B partners. The game is part of the Book of Ra series that continues to push the slot gaming experience to a new level every time a new title is released. In this version, players will head out on yet another adventure to the Pyramids, with the brave explorer of the game.

There are several features in this new game that players should be aware of. Take the stacked symbols for example. The explorer and mummy symbols appear stacked on reel set 2 during the regular and extra spins rounds. This can help to create wins on the reels.

Every coin symbol you see will be wild and can become transferring wilds. Every wild coin stack that lands on reel set 1 will be copied to the same reel on reel set 2. This also helps to create winning combinations.

According to the developer…

Extra spins can also be won via the scatter symbol in the game, which is represented by the book. Three, four or five book symbols will provide eight, 12 or 20 extra spins. Before the special round begins, a symbol will be chosen at random to become special expanding during the round. This symbol can cover entire reels and will pay out for non-adjacent positions.

The new Book of Ra deluxe 10 now joins several other new games by the developer including Sherwood Showdown. The slot game based on the adventures of Robin Hood was released earlier this month and features six different reel modifiers along with Hold & Spin Streak and extra spins bonus.

Both of these games are live and can be enjoyed via B2B partners of Greentube!