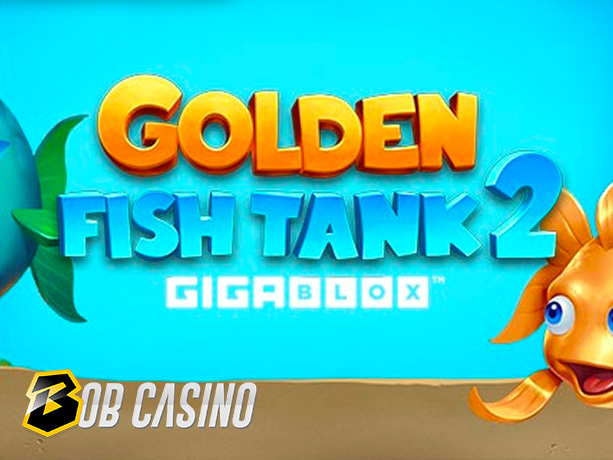 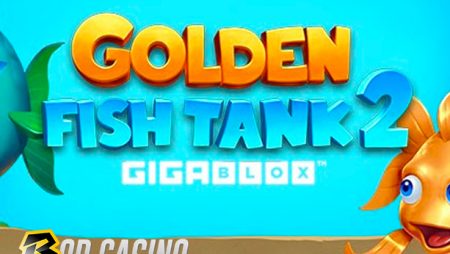 Released in 2016, Golden Fishtank made it to the lobbies of all major online gaming sites. We can only expect good things from the sequel, especially since it has the backing of a reputable developer Yggdrasil. The slot offers 25 default ways to win, and a x10,000 maximum win potential. With such decent numbers, the game only gets more enjoyable. The gameplay features both classic and experimental elements, meaning if you don’t activate any bonus features, the base game is still exciting and rewarding. Take a look at what to expect from this game.

The slot comes with 6 reels and 4 rows which automatically expand to 5 rows during the bonus round modifier. The default win ways are 25, but once the reels expand, they increase to 40 bet ways. With a medium to high variance and an RTP of 96, a lucky player can scoop up to 10,000x the stake as a maximum prize.

Start by choosing a suitable amount to bet, between $0.25 and $100. You need to land at least 3 similar symbols to win. For low-paying symbols (clubs, spades, hearts, and diamonds), match at least 6 of them to receive 2x the bet. Higher paying symbols (fishes colored purple, white, green, and blue) match 6 or more to walk away with 6x to 12x the bet. The game’s scatter is a goldfish, while the wild one is easy to identify. The most lucrative symbol is the bonus chest symbol.

The game is set in an aquarium with colorful fishes and playful music. The background is filled with sand and coral and the occasional bubbles rising to the surface of the water. Although the theme is fundamental, the exciting features added by the developer make it thrilling and enjoyable.

The slot is designed with bonus features that take the gameplay to a whole new level. They include:

Free spins are awarded each time you land at least 5 scatters. You will receive an equal number of spins as the scatters trigger the feature. The pick & click game feature displays shells and vases laying on the seabed, each bearing a modifier that can be used on the bonus round. Be careful because you will be sent straight to the base game if you pick the wrong starfish. The modifiers include:

This feature can land on the fifth reel in both the base and bonus game. In the base game, you will get access to a prize of between 2x to 500x the bet or 5 to 16 free spins. If you land one in the bonus round, you will receive a reward between 2x to 500x the stake or up to 5 extra free spins. Bubbles will be bouncing around the screen before they burst to reveal the prize.

Players can gamble for free spins if they are unsatisfied by those awarded in the bonus round. There are up to 8 feature picks to be won and a 66.67% chance of winning.

You can purchase the free spins feature instead of waiting to trigger it, making Golden Fishtank 2 one of the bonus buy slots. There are two options for this:

Players can choose to pay 20% extra on their bet and, in turn, receive 1 extra feature once the free spins feature is activated. The feature is only open to non-UK players.

You are guaranteed to land Gigablox whenever you spin the reels. The symbol carries 2by2, 3by3, and 4by4 within the base game and up to 5by5 and 6by6 in the bonus game. If you land a 3by3 scatter Gigablox, it gives access to 6 scatters. Paying symbols, including scatters, wilds, and chest symbols, can land within the Gigablox.

If you enjoyed the original Golden Fishtank, this sequel would blow your mind. The features are better, and the quality of the game is fantastic. Yggdrasil has decided to lower the RTP and hit frequency slightly, but the volatility is higher than the original. The win potential has been upgraded from 5000x to 10,000x, and more bonus features have been added. The mechanics and treasure chest features specifically add a decent touch to the spins.