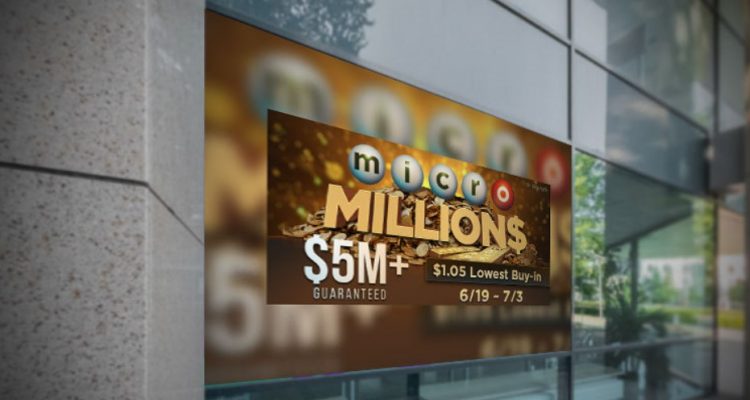 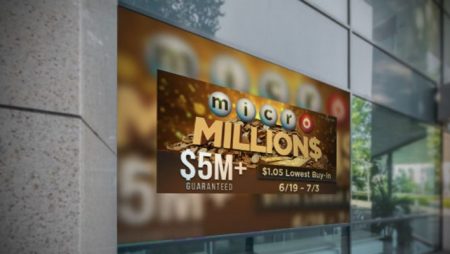 A new online poker series is coming to GGPoker and this is exclusively for the low rollers. The site announces its new microMILLION$ series this week, with tournaments starting on June 19 and continuing through July 3. Buy-ins start at a super low $1.05, making each event affordable, with the top end maxing out at $25. Players will be competing for over $5 million in prize money spread across the events of the series.

There is much to explore on the schedule of the upcoming microMILLION$. The series kicks off with the $8.888 Sunday Asia Kick-Off with $15,000 in prize money. Just one hour later, the $2.50 Sunday Monster Stack begins with $12,500 in prize money. If you want to compete for a bit more cash, log in and sign up for the $10.50 Bounty Hunters Sunday Special which will have $50,000 up for grabs!

There are several key events that players are sure to want to compete in. The Mini Global MILLION$ event will have a low $5 buy-in and feature $250,000 in prize money. The Mystery Bounty is another big event, featuring a $10.50 buy-in and $1 million in prize money.

Log in to compete in the $11 Sunday Super Storm and you have a chance to compete for $101,000 in prize money. The Main Event of the series has the highest buy-in, at only $25 and it offers $1 million in prizes.

Earning a Seat to Compete

As with most online poker series, there are ways to earn seats to microMILLION$ events. Most operators like GGPoker offer players satellites or qualifiers to land seats to the larger tournaments of a series. GGPoker plans to provide thousands of free tickets to players who take part in the Bonus Chance freerolls. The events will run twice a day.

Any player who finishes outside the money in series events will automatically be registered for the freerolls. The freeroll will take place the next day. There are plans to give away over $100,000 in free tickets to GGPoker members.

Most of the series offered by GGPoker are a big hit, as well as the regular events like the Super MILLION$. Since the microMILLION$ has such a low buy-in, it will not be surprising to see the guarantee of each event met or even surpassed.

It will be exciting to see the series kick-off and find out how many players will compete in each event. Stay tuned for updates as the series gets underway at the top-rated online poker room.