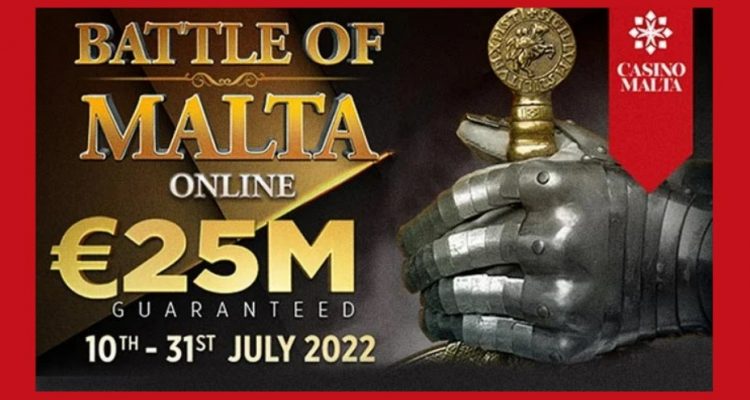 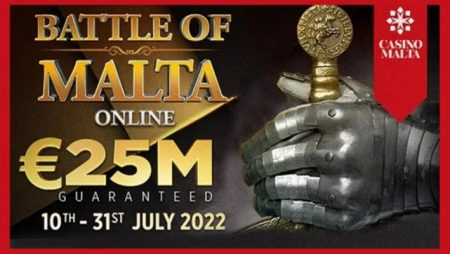 Starting today, GGPoker and Casino Malta are once again bringing online poker players the popular poker series titled the Battle of Malta Online. Through July 31, players can take part in 18 featured tournaments along with side events for premium poker action. In total, there will be €25 million in guaranteed prize money.

Details of the Series

The main attraction of the series is the 18 featured tournaments. Players can compete in these events with buy-ins starting at €50 and going as high as €1,050. Guarantees will begin at €100,000 making the lower buy-ins well-worth the effort. The top end of the prize pools reaches €2.5 million and could be higher depending on the online poker player turnout.

Players who win one of the featured events will gain a cash prize and a seat at the Battle of Malta Main Event. This tournament will play out live and has a buy-in of €555. Players can choose to head to Malta to play in the live festival or redeem the buy-in for tournament dollars at GGPoker.

GGPoker Director of Sponsorship and Live Events, John Scanlon, stated that he expects players to love the Battle of Malta Online. He commented: “With loads of mid-stakes poker tournaments to choose from, 18 awesome feature events, and at least €25,000,000 to be won, we know that players will love this year’s series just as much as in previous years.”

The Battle of Malta Online comes just a short time after the online poker room finished up its microMILLION$ series. Starting on June 19, players could compete in several events through July 3 with over $5 million in total prize money up for grabs.

Events started at a low $1.05, making the tournament series affordable for every player. The series offered something for every skill level from Monster Stacks to Bounty Hunters, Mystery Bounty’s, and more. The series was a big hit among online poker players and the upcoming Battle of Malta Online is also expected to draw a big player turnout.