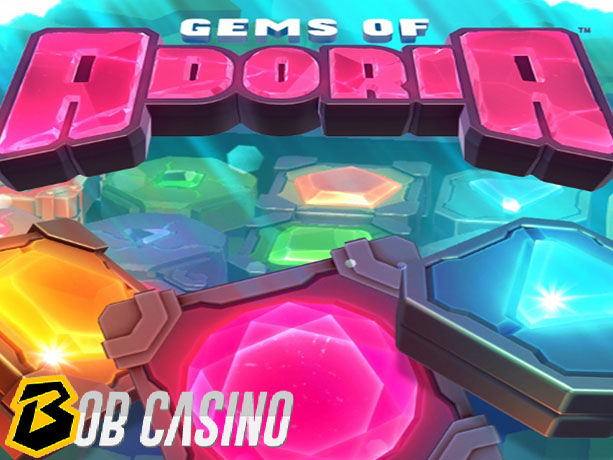 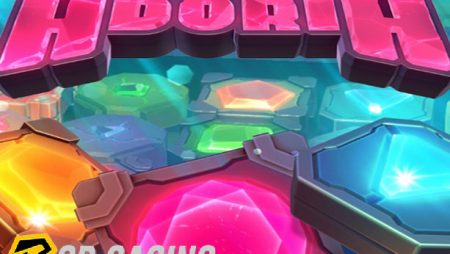 Joining the lineup of sci-fi & fantasy-themed slots from NetEnt this June is Gems of Adoria. It’s setting in a space-like domain reminds you of previous slot releases in the same genre such as The Elements Slot, Space Wars, and the renowned StarBurst, but that’s where the similarity ends. Gems of Adoria is a completely different slot whose main distinguishing feature is a Real-Time 3D effect that brings the player closer to the reels than ever before with different camera angles.

Can this game’s math model manage to be just as impressive as the presentation? Time to find out!

Time to get up-close with the reels courtesy of a brand new 3-dimensional slot from NetEnt. Play Gems of Adoria for real money or in a free demo that is coming soon to Bob Casino!

In the slotsverse, the term 3D has been used as a gimmick time and again. We mean, we have ended up been disappointed on so many occasions when we load up slots marketed as 3D only to find out that they don’t live up to our expectations. Things were, however, different when we launched NetEnt’s Gems of Adoria; we were even blown away by what we saw! Everything aspect about the game was incorporated in a three-dimensional world, with different up-close camera angles offering one-off views of the spinning action as it unfolded.

The usual controls tab we see in virtually all NetEnt slots is the only tool you need to configure the pre-spinning essentials. Starting from left to right, there is a menu, a 2-way coin value selector, an auto-spins setting, a spin button, and a fast-forward button. A click on the first-mentioned button sheds light on the symbols that will show up during your spinning session. They are all gems as hinted by this slots title, with the most lucrative dishing out a decent 15X the stake for 5-of-a-kind lined up on an active payline.

Moving on, the betting options here manage to cater to players from all budgets by allowing bets ranging from just €0.1 to an insane €200 for a single spin. A high volatility setting means that the player will be exposed to a series of small wins in the base game (if any) right before the bonus round cranks everything up with just about guaranteed bigger wins.  The default RTP is above average as with most releases from NetEnt, but at 96.13%, it isn’t something to be overly excited about.

The hit frequency clocks in at an average 22.1% to give you good chances of hitting the win boosting extras, as well as more of the small wins during the base game. To put things into perspective, the longest you can go without landing a win in the base game is 10 spins. No one can accurately predict the frequency of the win boosting extras, but don’t expect to go over 30 spins without triggering at least one of them.

Gems of Adoria is sure good-looking but is somehow lacking when it comes to the extras as well as the potential department. A few extras are interrupting the repetitiveness of the base game now and again, but it is the kind of situation where you feel that the developer could have done more. That is also true about the slot’s max potential which sits at a mere 500X. Sure, not everyone manages to bag the max potential of a slot, but we kind of expect it to be epic for anyone who manages to. So, needless to say, Gems of Adoria is the not the kind of game you play expecting to hit a mega win that will turn the tables. It will simply be about stacking up whatever you get and later doing the maths to see where you stand.

Other than the principal extra (bonus game), which we will tackle in a minute, the only other random extras you should expect to see are the Striking Wilds and the Flipping Symbols. Let’s have a look at each.

Besides appearing as single symbols on the grid to complete winning combinations by taking the place of any regular symbol, Wilds are the bullets in the Striking Wilds Feature’s gun. When this feature is active, the camera angle shifts to offer you an even closer view of the grid as 2-9 wilds are showered upon it to guarantee a win.

3-dimensional movements are pretty much what makes the Flipping Symbols feature possible. What you should expect to see is groups of symbols overturning to trigger better pays than the original alignment.

Unsurprisingly, Gems of Adoria does come with a bonus round where the striking wilds and the flipping symbols action is ramped up to deliver the best of what the slot has to offer. For you to trigger it, you must land at least 3 scatters, which are easy to distinguish with the chaos they cause when landing on the grid.

Gems of Adoria is fascinating to watch. There is no denying that. Perhaps the most entertaining moment is when striking wilds and flipping symbols play one after the other to dish out some decent wins.

To sum up, Gems of Adoria is not a slot where you can expect to land a life-changing payout on one spin, but the math model can sure reward the patient. Just like Street Fighter II: The World Warrior Slot, it proves yet again that NetEnt is the developer to watch when it comes to innovative slot appearances. We are eager to see them roll out the novel Real-Time 3D effect for another release in the future. Stay tuned right here as we will let you know when that happens! 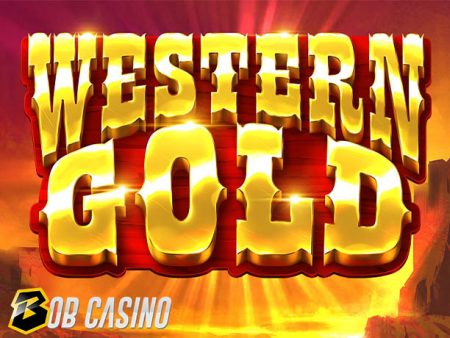 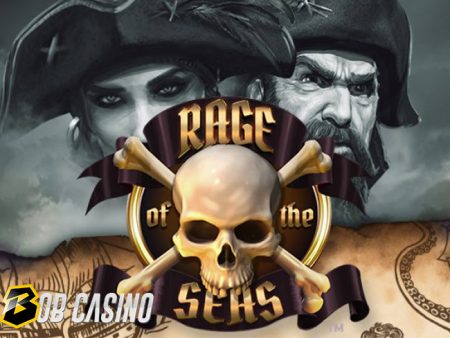 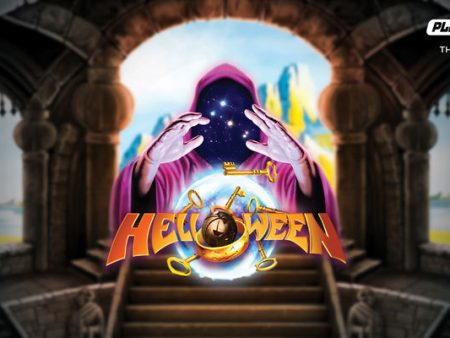