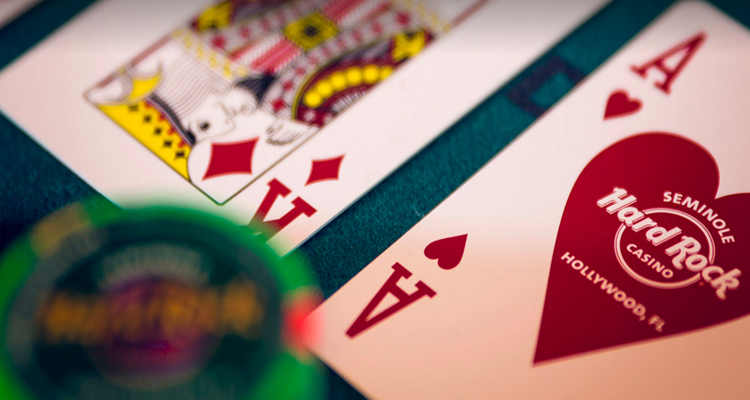 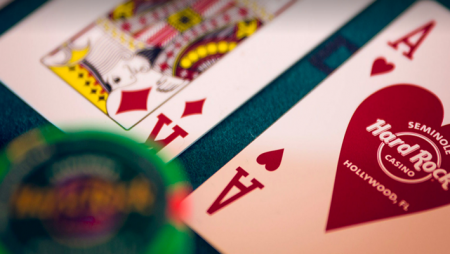 It is not uncommon for a poker player to bluff a hand in the hopes of earning a big pot. In some special cases, a big bluff can result in a major one, take for example the recent World Poker Tour (WPT) Seminole Hard Rock ‘N’ Roll Poker Open. The event just finished up and Gediminas Uselis from Lithuania won the event, making it to the heads-up round after pulling off a major bluff while taking on a tough field of competitors.

When the final table of the poker event began, Uselis was fourth in chips. Throughout the event, Uselis was able to bluff his way through the field. It was not until four players remained that Uselis would pull off the best bluff of the event.

According to PokerNews, Uselis raised preflop to 600,000 on a hand with A-4 off-suit. Jacob Ferro called with 9-8 of clubs and Selahaddin Bedir called too. The flop fell 10-5-4 and all three players decided to check.

Uselis then used two time extensions before he decided to bluff with his small pair. He raised the hand with six million and this would leave him with under 200,000 chips. Ferro thought his options out for a second and then folded. Uselis would win the hand with a major bluff, which turned the event to his favor.

In the end, it would be Ferro and Uselis in the heads-up round, with the event finally narrowed down to the final two out of 1,566 entries. The event had a buy-in of $3,500 and began on November 26, lasting several days at the Seminole Hard Rock Hotel & Casino.

After gaining a nice chip lead, Uselis would go all-in pre-flop with pocket queens. Ferro would call with pocket jacks. Both players would earn a set but this queens, Uselis’ was better. He would earn the hand, which gave him the win and a World Poker Tour title!

The Rock ‘N’ Roll Poker Open is now over after 31 events took place in Florida. More than 15,000 entries were seen across the series with more than $13.2 million in prize money awarded! As always, the Seminole Hard Rock Hotel & Casino played host.

Final Results of the WPT Event