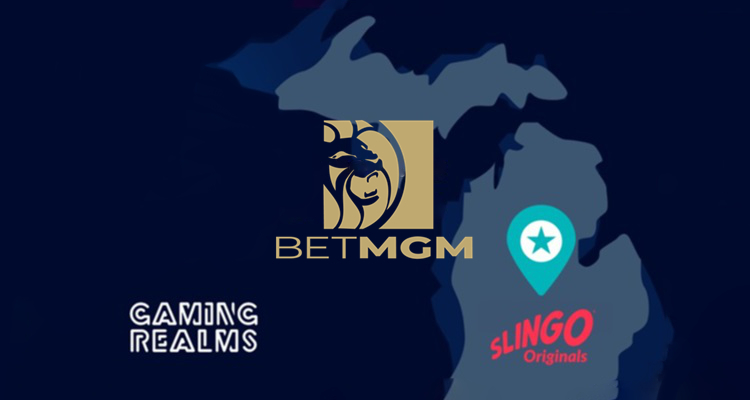 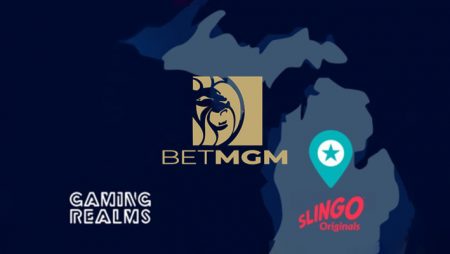 After receiving its provisional supplier license from the Michigan Gaming Control Board in January, Gaming Realms plc (LON:GMR) has now launched its Slingo Originals content in the upper Midwestern U.S. state with BetMGM, while at the same time releasing its latest title, Slingo-ne Fishin’.

The deal with BetMGM is in keeping with the UK developer’s continuing effort to increase its presence in the U.S. and capitalize on the country’s fast-growing iGaming market.

Under the direct integration agreement between the two companies, the sportsbook platform of MGM Resorts International (MGM:NYSE) has launched three Slingo games to start, with additional titles to follow soon.

In a company press release, Gaming Realms’ Executive Chairman Michael Buckley commented on the launch of its Slingo games in what is their second U.S. state…

“BetMGM is a leading operator which has been successfully distributing our Slingo portfolio to the New Jersey igaming market for some time.

“With further agreements signed with some of the largest operators in the US, our full suite of Slingo games will be released to the Michigan igaming market soon, and we look forward to providing further updates in due course.”

The British firm has also penned agreements for “The Great Lakes State” with other top-tier operators, while its entire portfolio of Slingo Originals mobile-focused games is slated to launch in Michigan over the coming weeks.

News of the tie-up closely follows the London-listed firm’s licensing agreement with multinational gaming and lottery company, International Game Technology (IGT), which in addition to the U.S., accelerated its expansion across European markets.

Courtesy of the deal, Gaming Realms will produce the entertainment genre that has proven popular among mobile gaming aficionados that incorporates elements of slots and bingo, based on a selection of top-performing slots brands from within IGT’s diverse game library, including Da Vinci Diamonds and Cleopatra.

More about:  Evolution scores Game of the Year at EGR Operator Awards for its MONOPOLY Live

As mentioned above, the latest deal coincides with the launch of, Slingo-ne Fishin’, the latest addition to the Slingo Originals portfolio.

During gameplay players earn wins by completing Slingos and catching fish, while receiving 10 spins to remove numbers off the grid, with the goal being to eliminate five numbers in a row, resulting in a Slingo. Each line awards the player with a cash prize while also adding a fish to the grid. Each fish has a randomly selected value which increases with every resulting Slingo.

Landing a Fishing Rod on the pre-game reel sees one of the fish randomly selected and the respective prize awarded. However, if a Fishing Rod lands on the grid when there are no completed Slingos, players will be awarded a consolation prize instead. At the end of the game, players also have an opportunity to purchase extra spins for even more chances to reel in a big one.

The game also offers plenty of special symbols, with Wilds allowing players to tick off numbers from the above column, while Super Wilds enable players to remove numbers from the entire grid. Extra Spin symbols award players with an extra spin and “fishcious” blockers thwart number matches.