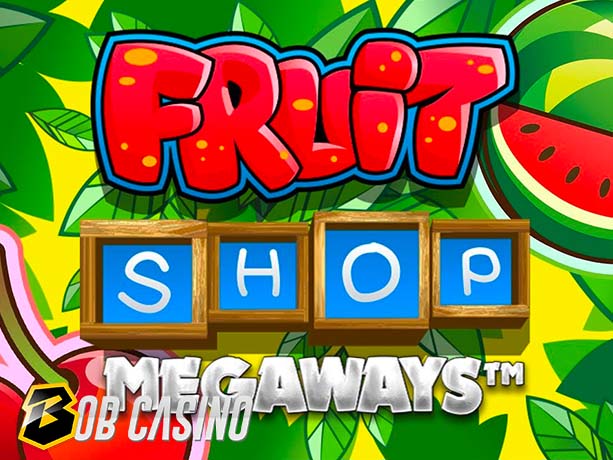 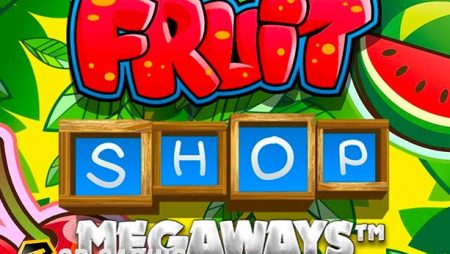 Following that Christmas reskin four years after the original in 2011, NetEnt revisits Fruit Shop for a Megaways remake. On top of shipping with a reel upgrade, the Megaways version retains everything that made the original likable. It does not come without a twist, though, seeing that the developer did away with the x2 modifier carried by the wild. And that it is also possible to stack on multipliers up to x10 in free spins.

Aesthetically, the Megaways remake nods to the original by retaining the cartoonish and playful look. It is not tranquil on standby, though, as there is an upbeat tune blasting in the background, perhaps to invite you into the fruit shop. That is not to forget the grid upgrade from a simplistic 5×3, 15-payline setup to a complex six-reel setup.

Being a brainchild of the BTG-patented Megaways Engine, each reel can hold two to seven symbols that create up to 117649 ways. In an unusual twist, the top reel that usually spins horizontally in sync with the other reels is not included. Tumbles are not featured either, meaning that the Fruit Shop doesn’t stock all of what the Megaways engine has to offer.

Players can check out the fruits shop on any device, provided they place bets ranging from 0.2 to 100 euros. There is also an option to play the demo, but where is the thrill in that? Speaking of thrills, plenty are to be found in any Megaways slot, thanks to the increased ways, which puts wins of well over 10000x on your path.

The math model stats are respectable across the board, starting with a default RTP of 96.06%. That is lower than the original’s, but not by enough to influence the gameplay drastically. Volatility is high, a shift from the original’s low-mid volatility setting, meaning that Fruit Shop Megaways can sting, despite the benign aura it puts across. It is not hard to see why that last sentence is true, given the below-average 17.31% hit rate.

As for the Paytable, NetEnt has stuck with the icons of the original, this time split into medium and low win symbols, all of which can be substituted by an unmodified fruit shop wild. While low wins are comprised of blackjack icons A to 10, the mediums include watermelons, oranges, lemons, plums, and cherries. The mediums offer better rewards of up 12.5x, but they are not the most recurrent symbols in the game, unfortunately. You will be stuck with blackjack icons most of the time, which comes at the expense of not triggering the free spins often as you will come to see.

And that’s not all. The bonus round comes with an x1 modifier, which increases by +1 on every win. The modifier’s max figure is x10.

After taking the Megaways version for a thorough test run, we were surprised by how hard it was to get the fruit symbols on a typical base game spin. It is understandable, though, as the developer had to look for ways to one, cut down the frequency of free spins. And two, ways to reduce the frequency of wins in general since the Megaways engine means business when it comes to shelling out mega wins. It is no surprise they had to switch to a stricter high volatility algorithm and even go for a low hit rate.

Despite that, things can take a quick turn around in Fruit Shop Megaways. When the volatility beast finally gives in, huge wins, which can go to the extent of being life-changing, are guaranteed!