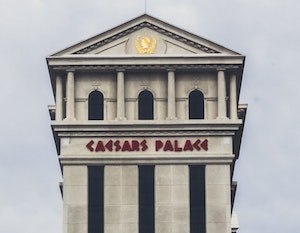 The Las Vegas iconic name of Caesars Palace is now a part of a newly-created largest casino company in the world.


As of Friday the No.1 spot goes to Eldorado Resorts, based in Nevada, having approval from the authorities to buy Caesars Entertainment Corporation for $17.3bn.

It was the New Jersey gambling authorities that gave the nod to the deal but it was not without some last-minute stress for the buyers. Eldorado had to convince the Casino Control Commission to allow a situation to go forward that would see four of the nine casino resorts in Atlantic City fall into one set of hands.

America’s Associated Press said that the commission had been worried that too much of the local gambling economy would be held by Eldorado. It quoted commissioner Alisa Cooper: “The stakes could not be any higher.”

More about:  Century gets approval for Eldorado acquisitions

It took two days of negotiations before the chairman, James Plousis, was satisfied that Eldorado’s senior executives had been “honest about the challenges that lie ahead and acknowledged the importance of Atlantic City to their success.”

Eldorado had grown from a family-owned casino in Reno, Nevada, in 1973 to the biggest casino company in the world with 52 properties in 16 US states. The iconic names from the Las Vegas Strip include Caesars Palace, The Paris, Planet Hollywood, the Flamingo and the Linq. There are international properties too, in the UK, Egypt, Canada plus a golf course in Macau.

The largest single shareholder in the new company will be investor Carl Icahn with over 10 per cent of the total company. He had taken a large block of Caesars shares in 2017 after the company came out of bankruptcy.

Eldorado is buying Caesars shares at $12.30 each, with $8.70 in cash and the rest in Eldorado shares. Eldorado plans to keep the brand name Caesars Entertainment. The Eldorado CEO is Thomas Reeg who will remain in place at the helm of the new company.

He had already seen the buyout through other stages, including the Federal Trade Commission that had to be satisfied on its antitrust worries by Eldorado selling venues in Kansas City, Missouri, South Lake Tahoe, California and Louisiana. Then the Nevada regulators had to approve the buyout, followed by their colleagues in Indiana where three Eldorado properties out the five it has in the state were sold off.

One of the Las Vegas Strip properties will also be sold, the Nevada gambling regulators were told. Of the four in Atlantic City, one, Bally’s is being sold for $25m to Rhode Island’s Twin River worldwide Holdings. 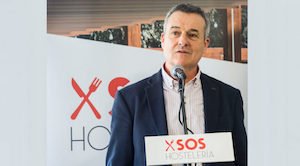