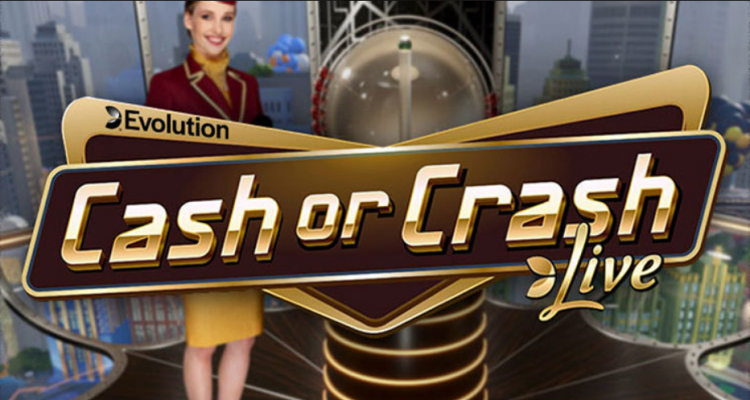 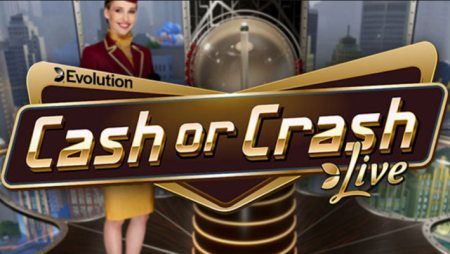 This week, Evolution has decided to launch a brand-new online live game show titled Cash or Crash. The new game is featured in the live dealer category of online casino sites and will offer a realistic blimp ride where players soar high above the city skyline. The new release has a high 99.6% RTP and features wins up to 50,000x, both of which are sure to appeal to players!

The new Evolution live game is immersive and requires players to use strategy as they compete in the game show. On the screen, players will see red and green balls and there is one gold ball. A single ball will be drawn and if it is not red, then the player is provided a money deal. You can choose to take the deal, keep half the cash, and keep going or continue to try and earn a bigger prize.

The goal is to choose the right strategy and cash out before the red ball is drawn or the blimp crashes. If occurs, you lose. The gold ball acts as a shield while you play and helps protect you from the next red ball. The gold ball also provides an increase to payouts!

Another element in strategy in the live dealer game involves the green ball and gold ball. After a green ball is drawn or a gold ball shield is broken, players can decide to cash out all the winnings and complete the round or take half the win and keep going.

Evolution Chief Product Officer Todd Haushalter, commented on the new game, stating: “This year we have chosen to introduce more decision-making and strategy into our game shows to expand the space to a wider and new audience. This is not just a strategy game, but it is a skill-based game and at that, it is the most generous game players have ever seen online.”

Haushalter pointed out that the game has 20 balls advancing players and only eight red balls, so there is a chance to cash out with a 71% profit on average.

Evolution has not released a live game in a while, so the Cash and Crash title is set to be well-received. Late last year, the company announced the release of a new live dealer craps title, providing players with the traditional game in a live format.

The live craps game stays true to the original game but also uses new technology so that players have access to additional features that ramp up gameplay. Evolution is known for its live content and will continue to release new and exciting titles as innovative games are created by a team of developers.

While you were asleep: Australian start up makes $2.5 million in 6 seconds on IDO
46 mins ago

SPORT1 and Psyonix continue cooperation: The new season of the Rocket League Championship Series live on eSPORTS1 and eSportsONE
46 mins ago

Talents of the Russian-language broadcast of PGL Major Stockholm 2021 are announced
47 mins ago
Recent Comments
Categories
Recent Posts
18+
Gambling News from NewsCasinoNew.com is made for the most passionate fans of online casinos and internet gambling. We cover everything: from popular gambling world events and trends to new casino slot game releases and reviews, you will find the latest news stories.