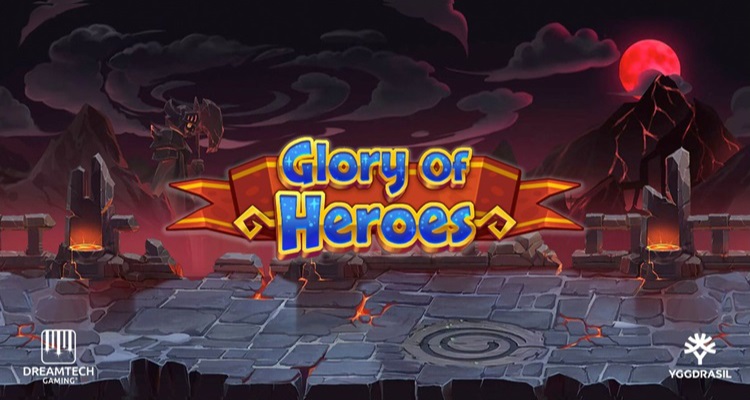 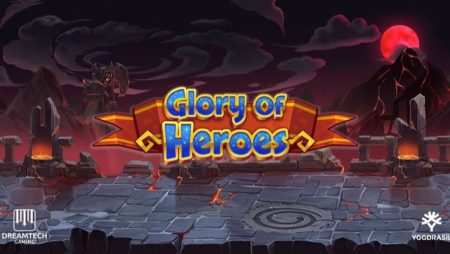 Full of twists and turns, this highly volatile, 7×7 cluster pays video slot, sees players enter a medieval world where they join the young hero of the game as he defends his kingdom from a hoard of enemies and a chance at prizes worth up to €376,300!

Along the way, players encounter skirmishes with Minions and The Boss Monster, and if victorious, are awarded multipliers and credit prizes. Players are armed with game modifiers, “Hero’s Powers,” which help them win king-size riches! Players will also collect colorful gems to activate Extra Games.

In this epic quest, players progress to three different levels as they defeat a variety of angry creatures standing on the right side of the gameboard, growing Hero Symbols from an original 2X2, to 3X3 or 4×4 as they do. Here, size does matter, as more spots covered on the gameboard means more ways to make a winning combination!

Five or more connecting matching symbols comprise a cluster, while a wild can take the place of any symbol. Successful clusters disappear with cascading wins and are replaced with new symbols.

On each of the three levels, there is a unique pattern of symbols. Every time you form a winning combination with one of the symbols within the patterns, it is destroyed. It may be necessary to make the same winning combination several times before that happens.

However, once the pattern is complete via spinning in wins, you progress to the next level, but before that, you’ll have a chance to spin the boss wheel and a special prize. Levels are cleared by making winning combinations and destroying all targets.

Scoring the Boss Bonus can lead to big wins. Each win increases the bonus by 15 percent. When a location is cleared, players spin the bonus wheel and if they are awarded a win, huge riches are possible. If that doesn’t happen, the amount carries over to the following location.

More about:  Italian retail gaming industry to be damaged by coronavirus lockdown

Triggering the Extra Spins mode happens by filling up the game’s 50-position collection meter. Every win notched adds to the meter, with up to 50 spins being awarded.  During this mode, an incremental multiplier of 1x increases for each successful cascade. Retriggering Extra Spins is also possible during the mode, with players rewarded for their bravery.

“We endeavour to create innovative, exciting games and Glory of Heroes is no different. With easy-to-understand progression, potential for a staggering 50 free spins and multiple features, it’s an action packed hit that we’re extremely proud of.”

Stuart McCarthy, Head of Product and Programs for Yggdrasil, added that their partnership with Dreamtech Gaming “continues to go from strength to strength” and they are “thrilled” to release Glory of Heroes.

“With its video-game style level progression, huge win potential and innovative cluster pays mechanic, we are certain it will become hit across our network.”

The latest GATI-powered release is the eighth slot created by Dreamtech Gaming via the flourishing YG Masters program. Glory of Heroes follows Sabres and Sword Charge GigaBlox, the most recently released hit. The very first slot to incorporate the fun GigaBlox mechanic, the game joins other GigaBlox hits 3021 The Bounty Hunter, Suncatcher, Gator Gold, Hades, and the game that started it all, Lucky Neko.

Other games from Dreamtech via the successful partner program include Brawl At The Redcap Inn, Lotsa Lines, Labyrinth of Knossos Multijump, Elemental Princess, Medusa Fortune & Glory and Ice And Fire.