Discover Ancient Japan in Yggdrasil and Peter and Sons slot: The Legend of Musashi 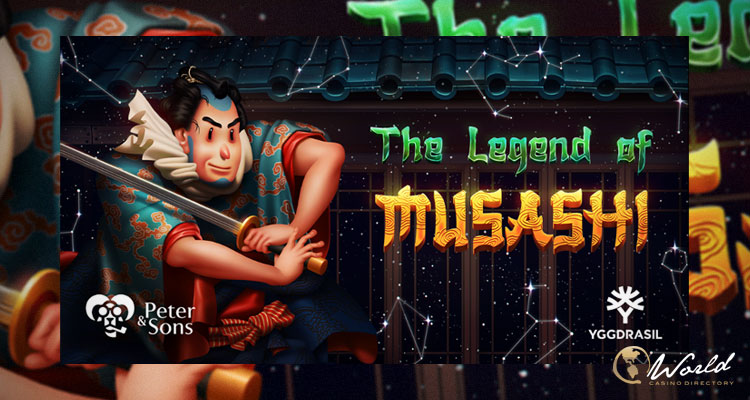 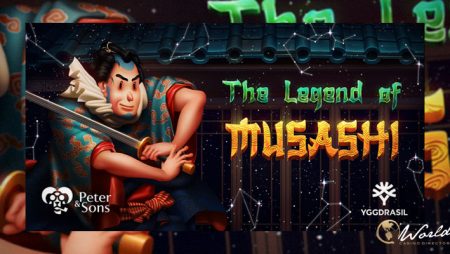 On December 12, Yggdrasil, a Malta-based globally-recognized iGaming provider, signed an agreement with Peter & Sons, a game development studio based in Yerevan, Armenia and together they released The Legend of Musashi, a slot that depicts the culture of ancient Japan, specifically Miyamoto Musashi, a Japanese ronin (samurai whose master died), writer, philosopher, swordsman and strategist who lived in the 16th/17th century.

True to its title, the main theme of the game is the Japanese sword saint, Musashi. The game takes place in a very peaceful building with lanterns, a tiled roof and shiny wooden floors.

The slot is boosted by GATI, a powerful slot mechanic developed by Yggdrasil which provides its B2B partners an opportunity to acquire a legal, approved, pre-configured company development tool that allows them to quickly create innovative content followed by rapid distribution.

However, there are special bonus symbols Misoshi and Lady and a combination of six of them is worth 3-4x a player’s bet, individually!

The Cascades feature removes winning scatter symbols from the grid, allowing symbols that remain on the reels to take their place. The feature continues as long as there are no new wins.

Wilds replace any normal pay symbol and they have the letter “W” on them.

Power Mode feature – when 3 Scatters land, they stack until they become 65 Scatters. Each group of 65 Scatters triggers Power Mode. During this feature, players are rewarded with 3-10 ninja star lives. However, when a Wild appears, it becomes an Expanding Wild and takes 1 life. When the player runs out of lives, the feature ends. If there happen to be more Wilds than lives on the board, the Wilds move from left to right until all lives are gone.

Super Free Spins – When groups of 65 Scatters reach 650 Scatters, the player triggers this feature. These feature is the same as Monster Free Spins, but the multiplier remains the same without resetting for as long as the feature lasts.

Stuart McCarthy, Head of Product & Programs at Yggdrasil, said: “We’re delighted to be able to release yet another visually stunning slot alongside Peter & Sons that’s full of entertaining bonus features and mechanics. We couldn’t have asked for a better game to sign off the year!”

Yann Bautista, Business Development Manager at Peter & Sons, said: “2022 has been a fantastic year for Peter & Sons when it comes to releasing top-tier games with Yggdrasil, and The Legend of Musashi epitomises everything we’re about and we expect it to perform exceptionally well as a result.”

Gambling News
Join The Bad Side Of The Law In Yggdrasil’s New Slot: Neon Villains DoubleMax
10 hours ago
0 10

Join The Bad Side Of The Law In Yggdrasil’s New Slot: Neon Villains DoubleMax
10 hours ago
Red Bull Solo Q Kicks-Off This February, bringing the best duelists to London with Epic LAN Final In London, May 18-19th!
1 day ago
GRID and DATA.BET Enter Strategic In-Game Data Partnership
1 day ago
Recent Comments
Categories
Recent Posts
18+
Gambling News from NewsCasinoNew.com is made for the most passionate fans of online casinos and internet gambling. We cover everything: from popular gambling world events and trends to new casino slot game releases and reviews, you will find the latest news stories.