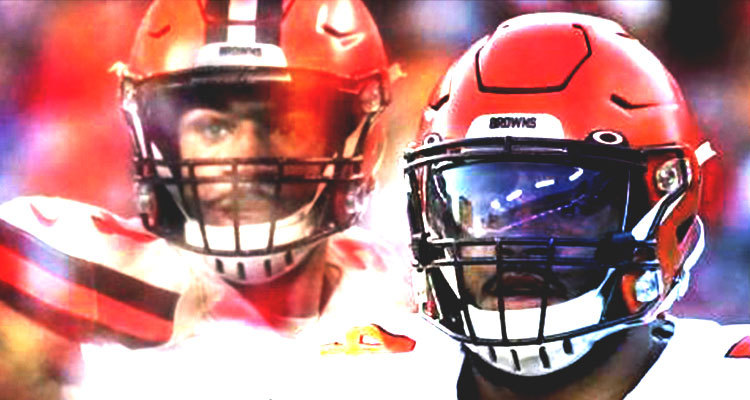 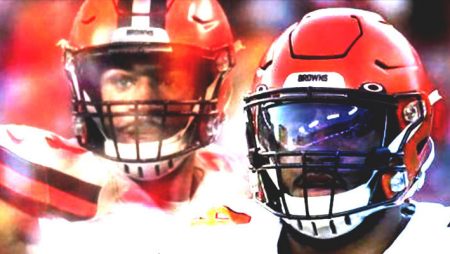 As we are approaching the start of the 2020 – 2021 season of the National Football League the Cleveland Browns are working on locking in some of their key defensive players. The Cleveland Browns restructured the contract of Olivier Vernon in order to ensure that he will be on the roster and ready to go to work for the struggling NFL franchise when the regular season beings this September.

Apparently the explosive defensive end was originally set to earn $15.25 million for the 2020 – 2021 NFL season, but that money was not guaranteed. With the new deal Vernon will be paid out $11 million by the Cleveland Browns all of which is guaranteed money. His base salary for this upcoming season will be $3.75 million. The new agreement includes a $7 million signing bonus as well as a $250,000 workout bonus. The restructured contract is also laced with an additional $2 million in incentives in order to motivate Vernon to perform on the gridiron.

Other Objectives for the Cleveland Browns this NFL Offseason

More about:  Mount Airy Casino reopens while other Pennsylvania & Atlantic City casinos are soon to follow

The Past and the Present of the Cleveland Browns

I added an outstanding detailed table below to sum up all of the Cleveland Browns teams from 1946 to 2019. The Cleveland Browns used to be a perennial powerhouse professional football organization back in the 40’s, 50’s, and 60’s with the amazing football juggernauts such as Jim Brown, Otto Graham, and Bobby Mitchell driving the success of this storied franchise. Lately over the past several decades the Cleveland Browns have become the laughing stock of the National Football League with some others terrible football teams like the Detroit Lions or the New York Jets.

The present day Cleveland Browns look like a Super Bowl contender on paper especially with young promising players including Baker Mayfield, Odell Beckham Jr., Jarvis Landry, and Kareem Hunt. Unfortunately the Browns did not play up to their potential last season, and they highly underperformed as well as drove many people crazy who enjoy betting on sports. Hopefully for the Cleveland Browns they will live up to the hype during the 2020 – 2021 NFL season and least contend for a division title or at least sneak in to the National Football League playoffs as a wild card team.

The NFL History of the Cleveland Browns