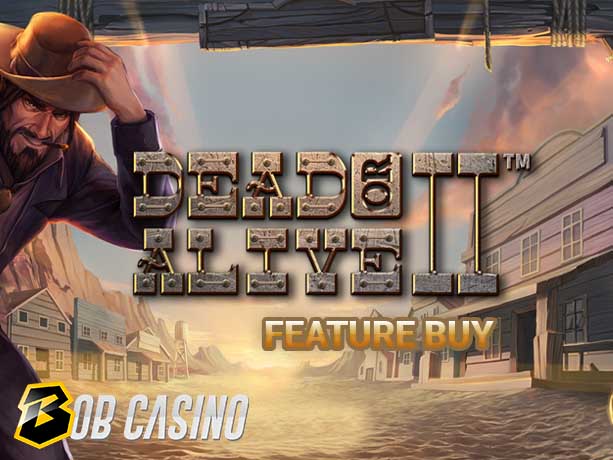 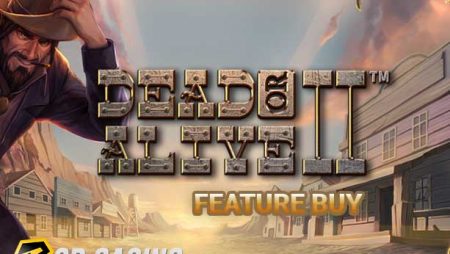 A quick news update has arrived from NetEnt’s headquarters in Stockholm. Here it goes: The cult-classic Dead or Alive 2 gets Feature Buy. Sure seems like a little tweak on the surface, but it’s a big sigh of relief to DOA fans who no longer have to grind through the fiercely volatile base game to unlock tantalizing bonus features.

To refresh your memory, NetEnt released Dead or Alive 2 in 2019 as a sequel to the original DOA released a decade earlier. The developer went big on this one, going to the extent of having several end-users chip-in their ideas. The results? The transition from flash play to HTML5 format, three bonus-round modes from just one, and most importantly, a potential boost from a mere 3000X to a whopping 111111.11X!

Getting record wins in the meanest of slots about the West has never been easier! Test your luck with the new Feature Buy for real money here or enjoy a free demo below:

As already mentioned, the only addition to DOA2 is the Buy Feature. The layout and lovable sightings of wilds as Billy the Kid and Co remain the same.

The location of the button that lets you access the feature itself will more or less depend on the device in use. Nevertheless, it should be somewhere along the edges of the playing area reading “Buy Free Spins- 600 Coins X Bet Level”. So if you are on bet level 2 (18 coins/€3.60), for instance, purchasing free spins will cost you 1200 coins/ €240.

After clicking ok on the prompt that shows up, three scatters appear on the grid on the next spin, thereby increasing the chances of landing five scatters in total for a 2500X instant jackpot. If you can recall, two, three, or four scatters will still award 2, 4, & 25X, respectively.

The win multiplier increases by +1 whenever a wild shows up, as the free spins tally increase by +1. Level-up to X16 to get five more free spins.

There’s an X2 modifier for all wins here. Every sticky wild also adds five rounds to the free spins tally.

What can we say? Dead or Alive 2 needed this feature update more than any other game! For the illest of hardcore players, it’s “hop on the Feature Buy, go straight to the most volatile option, cross your fingers, repeat!”