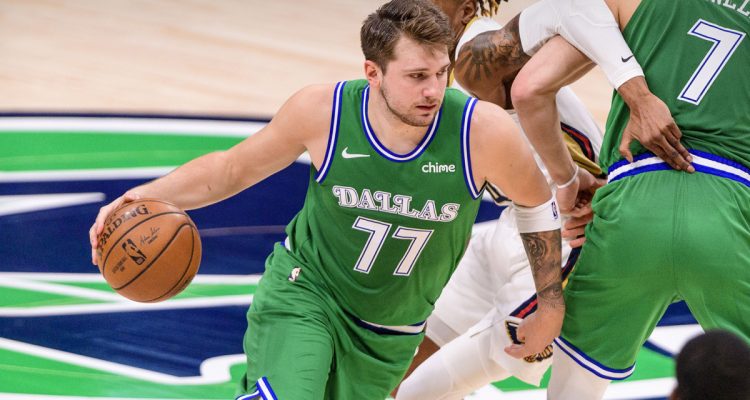 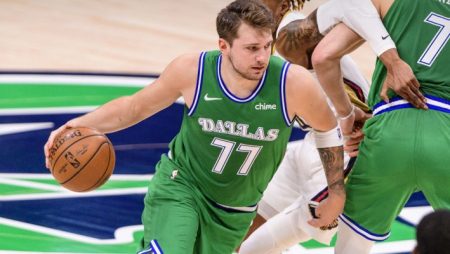 On Tuesday, August 10th, 2021 the Dallas Mavericks announced that they have agreed upon terms in order to sign their young superstar point guard / small forward, Luka Doncic, to a 5 – year supermax rookie contract extension. This deal was reportedly worth up to approximately $207 million.

Details of the Contract Extension

The new contractual agreement between the Dallas Mavericks and Doncic is a 5 – year extension that will begin for the 2022 – 2023 season of the National Basketball Association, and it is valued at around $207,060,000. This extension is backloaded where Luka will continuously earn more money each year throughout the life of the contract.

According to Doncic’s agent Billy Duffy of BDA Sports, Luka’s new supermax rookie extension includes a player option for the final year which is the 2026 – 2027 season of the National Basketball Association. Doncic will now earn an average annual salary of $41,412,000 from 2022 to 2027 as long as he exercises his player option for the last year of this new deal. Luka is scheduled to become an unrestricted free agent in 2027.

The 6 – foot 7 – inch and 230 – pound point guard / small forward of the Dallas Mavericks was born and raised in Ljubljana, Slovenia. Due to Doncic playing against older and more experienced kids from an early age this helped Luka craft his superior skills as he was forced to beat his opponents that were bigger and faster than him by using his brain to defeat them.

Luka first began playing his youth basketball for his hometown team of Union Olimpija. During his time playing with Union Olimpija Doncic dominated players that were a few years older, and this led to Real Madrid signing Luka to a 5 – year contract when he was only 13 – years – old. Luka played professionally with Real Madrid from 2015 to 2018.

Following his short but dominant professional basketball career overseas, Doncic entered the 2018 NBA Draft. Luka was selected by the Atlanta Hawks with the 3rd overall pick in the first – round of the 2018 NBA Draft, but was immediately traded to the Dallas Mavericks. The Atlanta Hawks received Trae Young as well as a protected first – round pick in the 2019 NBA Draft which eventually turned out to be Cam Reddish in exchange.

The Dallas Mavericks are hoping that Doncic will help lead their young and exciting team to an NBA championship. The Dallas Mavs won their one and only NBA title back in 2011 with a team of veteran players such as Dirk Nowitzkiand Tyson Chandler. Luka will be a great player for a long time coming, and the Dallas Mavericks will have under contract as he slowly enters his prime while playing ball in the NBA.

“Today is a dream come true. The game of basketball has given me so much and has taken me to so many amazing places. I am humbled and excited to remain in Dallas as part of the Mavericks. I am committed to the organization and appreciate the support of my fans. Along with this new contract, I am also happy to announce that I am increasing my efforts and focusing on expanding The Luka Doncic Foundation. My foundation is an international non – profit that will give back to places that mean so much to me like my home country of Slovenia, as well as the communities in North Texas,” says the Dallas Mavericks’ young and very talented point guard / small forward, Luka Doncic.