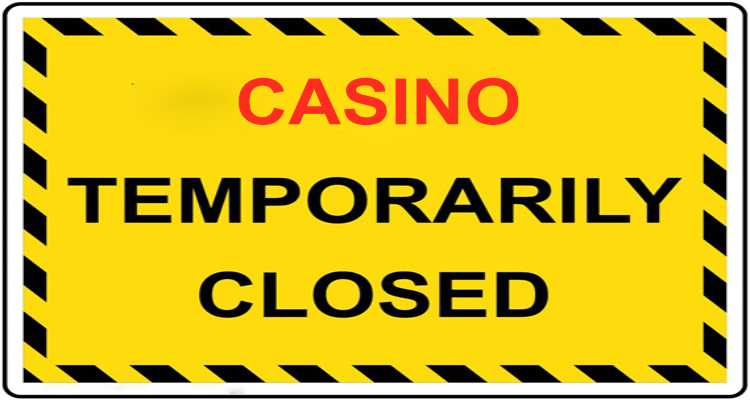 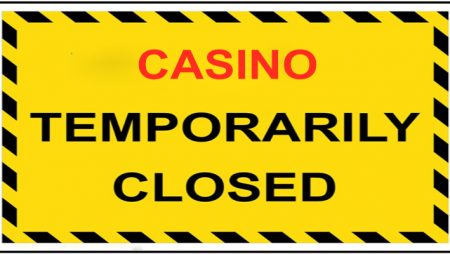 There will be a little less “sin” in Sin City for the foreseeable future after two of the biggest operators in Las Vegas, MGM Resorts International and Wynn Resorts, announced they would be closing their flagship properties in an effort to stem the spread of the coronavirus (COVID-19).

According to the Sunday announcement from MGM Resorts International, effective Tuesday, operations at all of its Las Vegas properties will be temporarily suspended “until further notice.” Casino operations will reportedly close on Monday, with hotel operations to follow. The company will not resume taking reservations prior to the 1st of May, according to the Las Vegas Review-Journal.

“It is now apparent that this is a public health crisis that requires major collective action if we are to slow its progression,” Murren said. “We will plan to reopen our resorts as soon as it (is) safe to do so and we will continue to support our employees, guests, and communities in every way that we can during this period of closure.”

More about:  Online sports betting to begin in New York State on Saturday

Early Monday morning, Wynn Resorts Limited revealed that it would shut down operations at Wynn Las Vegas and Encore after having already suspended several hotel amenities at the former. The temporary closures will be effective from 6pm on Tuesday March 17, and after two weeks the situation will be reevaluated by the company.

The company now run by Chief Executive Officer Matthew Maddox announced the closures after Nevada Gov. Steve Sisolak on Sunday ordered the temporary closures of schools across the state until at least April 6. That came after declaring a state of emergency at a presser on Thursday night, which was followed on Friday by President Donald Trump declaring the coronavirus pandemic a national emergency.

Governor Sisolak also formed a medical advisory team reportedly tasked with providing expert assessments and recommendations on steps the western US state can take to better mitigate and contain the infectious disease.

Prior to its Las Vegas decision on Sunday, MGM Resorts temporarily closed its Northfield Park property (formerly Hard Rock Rocksino Northfield ) in Ohio, as well as its hotel-casinos in New York and Massachusetts.

Other New York closings include Malaysian-based casino giant Genting owned, Resorts World, which closed its Aqueduct Race Track in Queens and its resort casino in the Catskills. Rivers Casino in Schenectady has also closed.

Following an order from the Michigan Gaming Control Board, the company also announced Sunday night that gaming operations at its MGM Grand Detroit would be temporarily suspended by 5pm eastern standard time Monday, and will include all hotel, restaurant and bar operations, according to the Review-Journal.

Included in the Michigan closures are the two other Detroit casinos, Greektown and MotorCity casinos, which will remain closed for 14 days, then re-evaluate. Along with MGM Grand, Greektown is also scheduled to close at 5pm Monday, with MotorCity to follow at noon Monday. The announcements followed Gov. Gretchen Whitmer’s calling for gatherings of 250 people or more to cease, according to The Detroit News.

As of our Monday publication, none of Michigan‘s 26 tribal casinos, owned and operated by 12 federally-recognized Native American tribes, has announced closings.

In neighboring California, the coronavirus pandemic has also seen the temporary closure of some SoCal tribal casinos including the San Manuel Casino in Highland, Pechanga Resort Casino in Temecula, Augustine Casino in Coachella, Casino Pauma in Pauma Valley and Harrah’s Resort Southern California in Valley Center, according to The Press-Enterprise.

In a joint public statement Commerce, which is the largest poker room in the world with 210 tables, along with Gardens Casino, The Bicycle Hotel & Casino, and Hollywood Park Casino, said…

“As the largest card casinos in the State of California, the health and safety of casino patrons, visitors, and employees are of the utmost importance, particularly at this critical time,” according to CardsChat.

On Sunday evening, Cache Creek Casino Resort announced that it would also be closing temporarily, making it the first Northern California tribal casino to close.