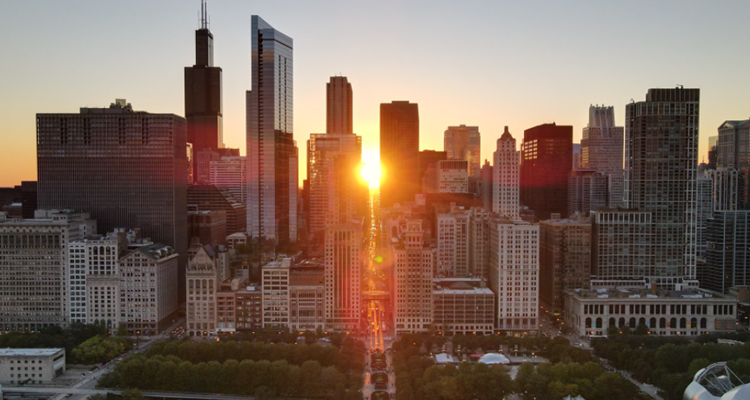 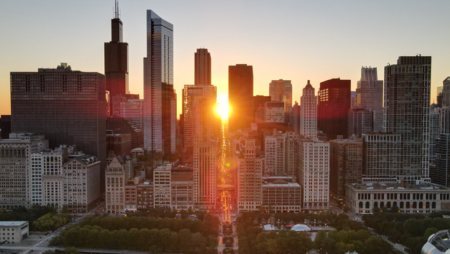 City Hall in Chicago has released details regarding the five proposals for a casino property in the downtown area of the city. A timetable of sorts has been established for the casino to be constructed so the city can begin to take advantage of the hundreds of millions in expected annual revenue.

A few details of the five proposals were made public a few weeks ago but now, we have a better idea as to what is on the table by potential operators including Bally’s and Rush Street Gaming. Hard Rock International has submitted one proposal while Bally’s and Rivers Casino has issued two separate proposals each.

Let’s take a look at Rush Street Gaming’s Rivers Casino plans first. The Rivers Chicago McCormick plan would create a venue within the Lakeside Center and would be operational in 12 months. The proposal would see $1.3 billion paid for 2,600 gaming positions.

The Arie Crown Theater would be updated, and the convention halls of McCormick Place would be updated. Rivers says this plan would provide much-needed restoration and deferred maintenance to the property.

The second proposal is known as Rivers 78 and it would be located at the South Loop site which is 62 acres in size. The project would cost $1.6 billion and would offer a 450,000 square foot casino with 3,300 gaming positions. This plan may have issues though as it conflicts with a plan by Governor J.B. Pritzker to use a portion of the land to create a tech research center for the University of Illinois.

Also submitting two proposals, Bally’s has big plans for the city of Chicago. The first plan is known as Bally’s at the Chicago Tribune’s Freedom Center. The casino would be located on West Chicago Ave at a spot where the Tribune and Sun-Times print their papers. The developer wants to use the adjacent property for a temporary casino while the permanent location is under construction.

Once the casino is finished, it will offer 2,700 slot machines and 95 table games. Phase 1 of this project will cost $1 billion and then a follow-up phase could see as much as $600 million spent on the property subject to sustainability, 20% on the initial investment.

This property would include entertainment components like a Bally’s Sports Bar and a comedy club. The sports venue would include a museum that highlights the history of sports in Chicago.

The second plan is known as Bally’s McCormick Place and it would be located in McCormick Place at 31st Street and DuSable Lake Shore Drive. This plan may come upon tough scrutiny as the site is located near a residential and medical research complex development pushed by Alderman Sophia King. Neighbors are happy with the development, and they do not want a casino on-site, plus King is totally against the idea.

Bally’s plans to spend $50 million to provide an upfront incentive payment to Chicago and spend $1 billion to invest in Phase 1 with the potential to spend $600 million more in the future. The casino will offer 2,700 slot machines and 95 table games. A hotel is also planned along with an outdoor music venue.

With just one proposal, Hard Rock International has pulled out all the stops in order to be selected in Chicago. The company plans on spending $1.7 billion on a casino and entertainment development within the One Central project that is in the works near Soldier Field. The only issue is that the One Central project is reliant on $6.5 billion transit center that is publicly subsidized.

More about:  Galaxy Macau planning to feature eight new hotels by the end of 2025

If the plan can get support, Hard Rock would create a casino and a hotel with as many as 500 guest rooms. The developer claims that the project would create $70 million in gaming revenue for Chicago and $81 million for the state of Illinois.

For now, each proposal is under review. Mayor Lori Lightfoot would like to have a final recommendation for the state Gaming Board within the first quarter of 2022. City Hall plans to host a hearing in mid-December where developers will present their plans and answer questions regarding their proposals.