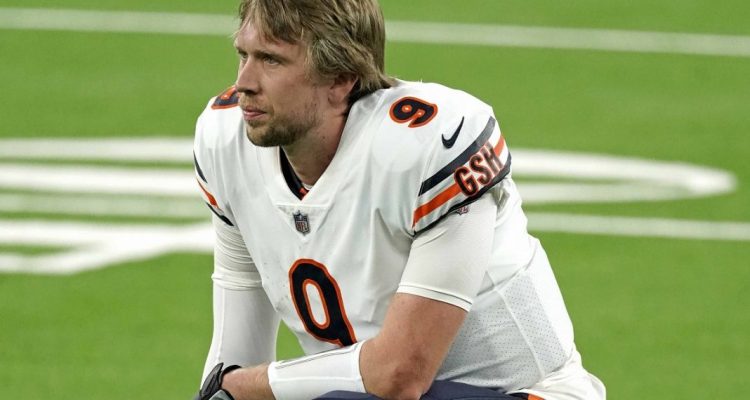 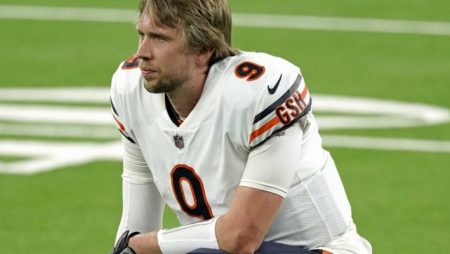 On Friday, December 24th, 2021 the Chicago Bears and their head coach Matt Nagy have announced that they are starting Nick Foles at the quarterback position this Sunday, December 26th, 2021 against the Seattle Seahawks.

Injuries to the Chicago Bears’ Quarterbacks

The Chicago Bears have stated that their rookie starting quarterback Justin Fields as well as their veteran back – up quarterback Andy Dalton will be sidelined due to injuries this Sunday when the Chicago Bears play the Seattle Seahawks from Lumen Field located in Seattle, Washington.

Fields endured an ankle injury during the Chicago Bears’ last Monday night 17 to 9 loss to the Minnesota Vikings on Monday Night Football. Dalton has been currently dealing with an irritating groin injury that has recently flared up following Andy’s return this week from the COVID – 19 list.

In fact, the majority of the Chicago Bears’ personnel decision have been dog shit over the last 10 to 20 years or possibly even more for the most part. Fields finished Monday night’s game feeling alright, but he was a very limited participant in practice on Wednesday and did not practice Thursday or Friday of this past week.

Justin Fields was the Chicago Bears’ number one draft selection last spring during the 2021 NFL Draft, but he ultimately had to miss 2 – games earlier this season due to the nature of the very painful injury involving cracked ribs.

In just 12 – NFL contests this year, Fields has completed only 58.9 % of his pass attempts for just 1,870 – passing yards, 7 – touchdowns, and 10 – interceptions. Fucking terrible numbers for an NFL franchise quarterback rookie or not. He has fumbled an NFL – high 12 – times, and Justin has a total quarterback rating of a dismal 25.1 which just so happens to be the 2nd – worst in the entire National Football League.

Well only time will tell how Nick Foles does in the Chicago Bears week – 16 match – up against the Seattle Seahawks, but I anticipate this game being just another shit show. Good luck this Sunday Nick … you are definitely going to need it. The Chicago Bears need to clean house and start firing people, but they act like such pussies and haven’t done a god damn thing yet in order to improve their football team or their NFL franchise. So frustrating!!!

Kevin Seifert of ESPN writes: “Nagy said the injury hasn’t gotten worse, but that the team is trying to gauge “where the pain level is” and did not rule out using Fields as Foles’ backup on Sunday. The Bears’ only other quarterback is rookie Ryan Willis, who signed to the practice squad Dec. 18.”

“We have to balance where we’re at with what Ryan could do just getting here recently,” the head coach of the Chicago Bears Matt Nagy explained. “He’s literally learning the playbook and what to do. It would probably be more of an emergency situation, and we just have to see where Justin’s at percentage – wise, where it doesn’t risk his health but he’s able to help us. If that’s not the best thing to do, trust me, we’re going to go ahead and go with Ryan.“