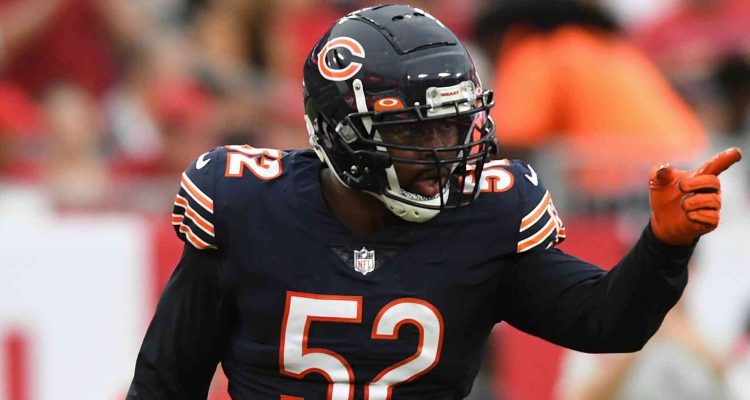 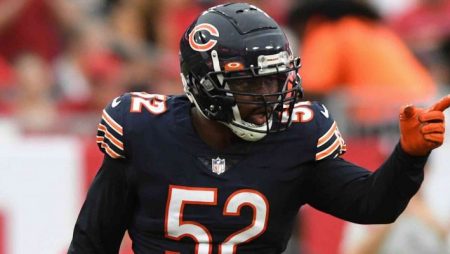 On Friday, November 19th, 2021 the Chicago Bears and their current head coach, Matt Nagy, announced that their superstar veteran linebacker and pass rushing specialist, Khalil Mack, will miss the remainder of the 2021 – 2022 NFL season due to a necessary foot surgery.

Mack has been attempting to play through the excruciating and persistent pain resulting from his lingering foot injury that Khalil suffered earlier in the year on the football field.

Mack tried to push through the agonizing pain in order to help his team win football games as he played in the Chicago Bears following 4 – games versus the Detroit Lions, the Las Vegas Raiders, the Green Bay Packers, and the defending Super Bowl champion Tampa Bay Buccaneers.

The Chicago Bears organization believed that having Khalil sit out through those couple of games mentioned above in combination with the Chicago Bears’ week 10 bye week would provide Mack the time he needed for his foot to heal, and he could return to football activities after that extensive time off for him to rest and recover.

The former NFL Defensive Player of the Year was trying to get back to action this week, but he ultimately had to miss practice on both last Wednesday and last Thursday due to his foot injury.

Now that the Chicago Bears season seems to be all but over, they decided to have him miss the rest of the current 2021 – 2022 season of the National Football League in order to have surgery to repair his damaged foot, and the Chicago Bears fully expect as well as anticipate Mack to return at 100 % next year with an attitude and commitment to turn things around in Chicago for the struggling Bears NFL franchise.

Khalil Mack recorded 6 – sacks in the 7 – game that he played in this year.

“It’s hard for him [Khalil Mack],” the Chicago Bears outside linebackers coach Bill Shuey relayed to the sports media outlets on Monday, November 22nd, 2021. “I talked to him [Monday] morning, and he’s in meetings and stuff. He’s definitely anxious to get back. This is hard for him. He loves to compete, and this is hard — especially the last two games that he’s missed, we haven’t won those. He always feels that there’s something he coulda done to help.”