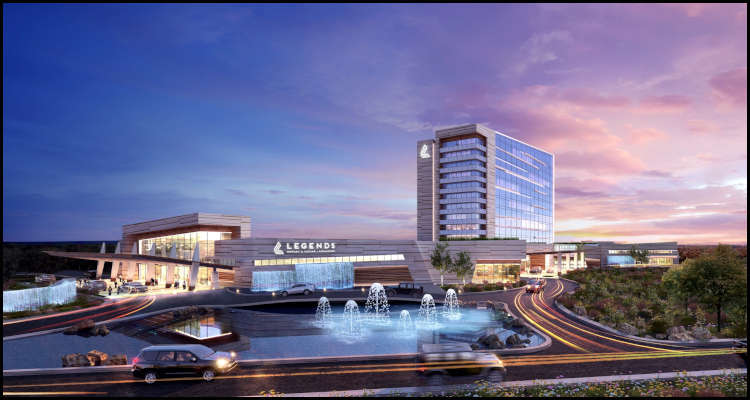 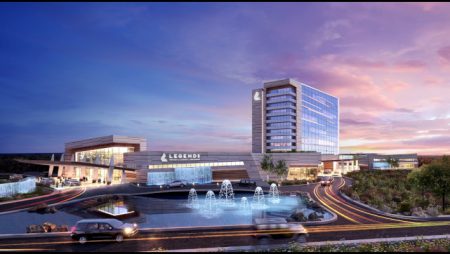 The Cherokee Nation of Oklahoma is reportedly still pursuing a scheme to bring a large casino resort to central Arkansas despite the real prospect that the entire project may be cancelled by means of an upcoming statewide constitutional referendum.

According to a Tuesday report from the local Arkansas Money and Politics news magazine, the federally-recognized tribe has just received planning permission to build its proposed Legends Resort and Casino on 135 acres of land on the northern edge of the small city of Russellville. The source explained that this envisioned Pope County venue is set to include a hotel, a large gaming floor and a conference center as well as a concert hall, an outdoor water park and a recreational vehicle element.

Although no official details regarding a construction timetable have yet been released, the source also predicted that work will not likely start until the numerous legal challenges in addition to the proposed constitutional referendum surrounding the ambitious arrangement are resolved. Nevertheless, the Russellville Planning Commission purportedly used its regular monthly meeting on Monday to approve the Legends Resort and Casino scheme from SVP Project Development working on behalf of the Cherokee Nation of Oklahoma and its many associated partners.

Arkansas Money and Politics reported that the planning permission was granted just as a group organized to fight against the realization of the Russellville casino scheme turned in signatures of support from more than 100,000 registered voters. This enterprise, which in known as Fair Play for Arkansas, purportedly wants a question placed on the November 8 general election ballot that would remove Pope County from the list of areas eligible to host a casino.

However, the Chief Executive Officer for the Cherokee Nation of Oklahoma’s commercial Cherokee Nation Businesses enterprise, Chuck Garrett, is reportedly remaining defiant after telling the 4StateNews.com news domain yesterday that Pope County ‘deserves a casino resort destination that is truly unmatched’. The experienced professional purportedly furthermore told this site that ‘visitors from across the region and state will enjoy’ the coming Legends Resort and Casino and that his firm is committed to honoring the terms of a local ‘economic development agreement’ alongside a ‘voluntary annexation’ arrangement with Russellville.

“Receiving unanimous approval from the Russellville Planning Commission on the large-scale development plan for Legends Resort and Casino marks another exciting milestone in this process. We are excited to share that we have already acquired more than 140 acres of land and we remain focused on obtaining the necessary permits and approvals so that we can proceed with construction once all outstanding litigation is resolved.”

Kambi Group grows its Latin American footprint via expanded Argentina alliance
18 mins ago
Recent Comments
Categories
Recent Posts
18+
Gambling News from NewsCasinoNew.com is made for the most passionate fans of online casinos and internet gambling. We cover everything: from popular gambling world events and trends to new casino slot game releases and reviews, you will find the latest news stories.