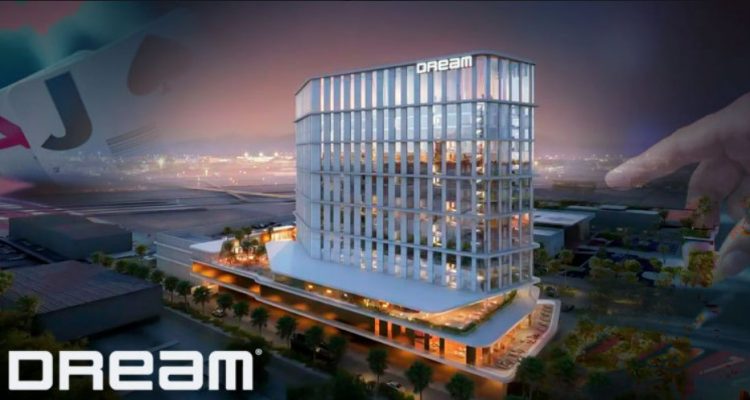 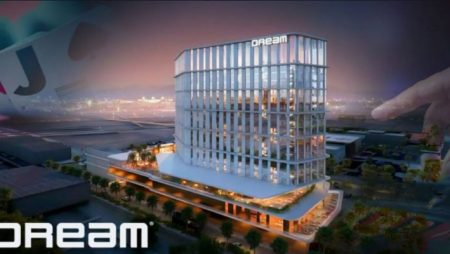 A new casino is coming to the Las Vegas Strip. Developers of Dream Las Vegas will be on hand today to complete the project’s groundbreaking ceremony. The event will kick off the construction phase of the property, which is set to feature 531 guest rooms and open in late 2024. Restaurants, nightlife areas, meeting, and event space, plus a new pool deck are also on the agenda. Once completed, the casino should cost around $550 million.

Shopoff Realty Investments and Contour are the firms behind the project, both based in Southern California. The firms say that Dream Las Vegas will be smaller than other resorts in the area and offer a boutique-style setting.

The new property will be the flagship location for the Dream Hotel Group, the operator behind the new casino. The group is based in New York City and already has locations in Manhattan, Nashville, and Miami Beach.

As construction begins, there are a few concerns about the location of the venue. The casino is located next to the airport and because of its neighbor, several design changes were made. Project plans were sent to the Secret Service, the FBI, and even the Department of Homeland Security to ensure that they cover all security and safety concerns regarding airport operations.

The Transportation Security Administration assessed the project and felt that the Las Vegas resort would increase the risk to aircraft and passengers due to active shooters. They also felt that the proximity would allow items to be thrown over the fence to the airport that could cause harm.

Because of this potential threat, changes were made to ensure that the casino and hotel could be created without posing a threat to the airport operations.

Security Measures Connected to the Casino

The plans of the Dream Las Vegas venue now include a nine-foot-tall security wall that will be in-between the casino and the airport. The wall is double-enforced and includes guard rails and fencing constructed from wrought iron.

Service roads that go around the property will have security checkpoints so only vehicles that are authorized will be allowed to go through. Plans include adding spikes or grates to prevent drivers from going around the checkpoints.

The casino also has steps in place to reduce sightlines to the airport from the venue. The pool deck will have a large security wall that will act as a decoration piece and block the view of the airport. Guest rooms were supposed to have balconies, but that idea has been removed completely to avoid any potential issues.