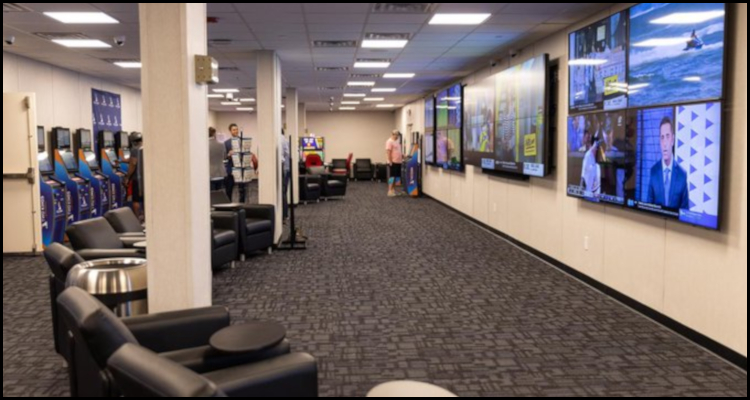 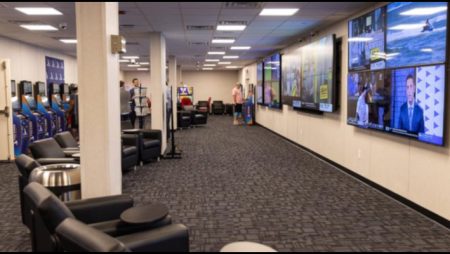 In the American state of North Carolina and the Catawba Indian Nation has announced the opening of a retail sportsbook within the temporary casino it runs outside the community of Kings Mountain.

The federally-recognized tribe used an official Tuesday press release (pdf) to detail that the new around-the-clock facility features a number of windows for redemption services alongside 30 self-service kiosks allowing punters to wager on a range of action from an array of sports encompassing baseball, auto racing and golf. The band additionally explained that the sportsbetting attraction has been premiered just in time for the start from later today of the latest National Football League (NFL) season to bring such entertainment to the around 2.7 million residents of the greater Charlotte area.

The Catawba Indian Nation debuted its temporary North Carolina casino in July of 2021 some six months after inking an inaugural revenue-sharing gaming compact with the southern state’s governor, Roy Cooper (pictured). This 29,000 sq ft venue is expected to be replaced beginning from next year by the $273 million Catawba Two Kings Casino Resort, which is eventually due to host approximately 1,300 slots operated in partnership with Delaware North Companies as well as a larger sportsbook and a number of food and beverage outlets.

Trent Troxel serves as the Vice-President for the tribe’s Catawba Nation Gaming Authority enterprise and he used the press release to disclose that punters can now additionally utilize the newly-premiered sportsbook to place wagers on boxing, ice hockey, basketball, soccer and mixed martial arts action. The experienced figure went on to note that all of the facility’s kiosks and associated reclamation services are being powered by technology from International Gaming Technology (IGT) with advisory input from Buffalo-headquartered Delaware North Companies.

Read a statement from Troxel…

“We’re very excited to bring a sportsbook and betting kiosks to our temporary North Carolina casino so our loyal patrons can enjoy sports wagering. We also anticipate that a new audience in the Charlotte region and beyond will discover the casino as they come to wager on their favorite teams.”

Local cable television broadcaster Spectrum News 1 North Carolina used a Wednesday report to divulge that the Eastern Band of Cherokee Indians has been offering retail sportsbetting via its own Harrah’s Cherokee Casino Resort and smaller Harrah’s Cherokee Valley River Casino and Hotel venues for just over a year. This second tribe has purportedly furthermore been involved in a long-running legal battle to stop the Catawba Indian Nation from opening its full-scale Catawba Two Kings Casino Resort facility owing to an allegation that the rival’s ancestral territory lies some 34 miles away in the casino-hostile state of South Carolina.

North Carolina is the ninth-largest American state by population and is reportedly home to Major League Soccer’s Charlotte FC, the Charlotte Hornets of the National Basketball Association (NBA), the Carolina Hurricanes of the National Hockey League (NHL) and the Carolina Panthers of the NFL. Local legislators failed to pass a measure in June that would have legalized commercial online and retail sportsbetting due to concerns that the move could lead to a rise in the prevalence of gambling addictions.