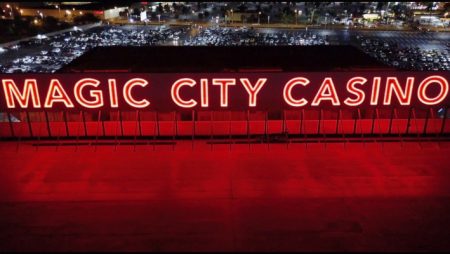 The firm behind one of the largest commercial casinos in Florida has reportedly filed a federal lawsuit in an attempt to invalidate a recent deal that is destined to bring legalized online sportsbetting to the southern American state.

According to a Monday report from the Miami Herald newspaper, Florida Governor Ron DeSantis signed revised legislation last month that could soon allow the Seminole Tribe of Florida to offer online sportsbetting on an exclusive basis statewide so long as any associated computer servers are located on tribal lands. The source detailed that this 30-year arrangement was earlier overwhelmingly approved by the Florida State Senate and the Florida House of Representatives and is now awaiting required federal consent from the National Indian Gaming Commission before the expiration of an August 5 deadline.

However, the Miami Herald reported that this arrangement is now in jeopardy after West Flagler Associates Limited lodged a lawsuit with the United States District Court for the Northern District of Florida on Friday claiming that the understanding violates the tenets of the Indian Gaming Regulatory Act and the Interstate Wire Act. The owner of Miami’s Magic City Casino purportedly also contends that the measure would breach the Unlawful Internet Gambling Enforcement Act (UIGEA) as well as subsequent judicial interpretations and result in venues operated by the Seminole Tribe of Florida being given an unfair commercial advantage.

The newspaper reported that the 67-page lawsuit, which moreover names Bonita Springs Poker Room owner Bonita-Fort Myers Corporation as a plaintiff, alleges that the new gaming compact would see the pair ‘lose millions in revenue’ because it is to allow Florida residents to ‘gamble from the comfort of their homes’ in violation of a current statewide prohibition on sportsbetting. The legal action is purportedly seeking an immediate injunction against the launch of online sports wagering for punters in ‘The Sunshine State’ followed by a cancellation.

Reportedly reads a section of the lawsuit…

“Deeming the bet to have been placed on Indian lands because the servers are located there contradicts decades of well-established precedent interpreting applicable federal law. Contrary to the legal fiction created by the 2021 compact and implementing law, a bet is placed both where the bettor and the casino are each located.”

Isadore Havenick serves as Public Affairs Vice-President for West Flagler Associates Limited and he reportedly told the Miami Herald that the sportsbetting section of the new gaming compact contradicts the Indian Gaming Regulatory Act because this piece of federal legislation mandates that all tribal gaming must occur ‘on Indian lands’ without mentioning the location of servers. The executive purportedly asserted that the deal furthermore violates the Interstate Wire Act and UIGEA owing to the fact that it would involve interstate commerce and allow wagers to be placed outside of tribal lands respectively.

“While we are fully supportive of Governor DeSantis and his work to secure a new gaming compact with the Seminole Tribe of Florida, the lawsuit focuses on a very narrow aspect of the compact; the legality of off-reservation and online sports wagering.”