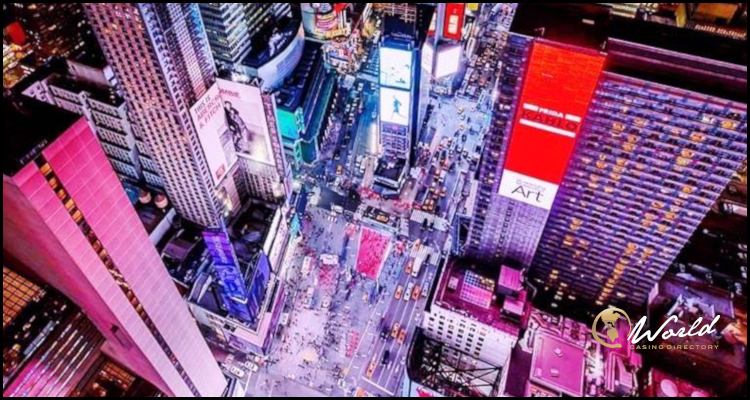 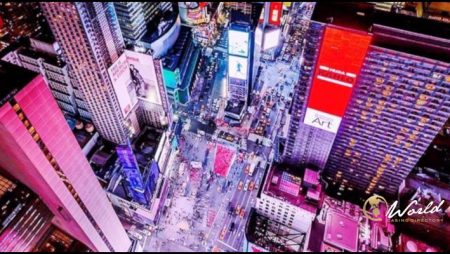 In the American state of New York and Caesars Entertainment Incorporated has reportedly followed compatriot Wynn Resorts Limited in inking a cooperation deal that could one day see it given the right to bring a large casino resort to the island of Manhattan.

According to a report from the online news domain at MarketWatch.com, the Las Vegas-headquartered company has agreed an arrangement with real estate developer SL Green Realty Corporation that will involve the pair lobbying for permission to bring a gambling-friendly facility to a Times Square site currently home to the headquarters of Paramount Global. The source explained that the envisioned Caesars Palace Times Square venue would sit at 1515 Broadway and include a hotel with multiple restaurants alongside a fitness center, a theater and a large casino.

Caesars Entertainment Incorporated is already responsible for over 50 gambling-friendly properties spread across the United States including the Flamingo Las Vegas, Caesars Atlantic City and Horseshoe Indianapolis venues. The Nasdaq-listed operator is moreover behind the mobile-friendly Caesars Racebook-branded sportsbetting service and has committed to spending upwards of $650 million so as to open its new Caesars Virginia property in the Virginia city of Danville by the end of 2024.

“The development will also bring Caesars Entertainment Incorporated’s more than 50 years of globally-recognized excellence in entertainment, food and beverage and gaming to New York to deliver a best-in-class experience that will be authentic and complementary to the Times Square entertainment district.”

New York reportedly passed legislation in 2013 that saw it license a quartet of ‘upstate’ commercial casinos while placing a ten-year moratorium on the opening of three ‘downstate’ counterparts. The eastern state is now purportedly soon expected to grant the slots-only Resorts World New York City and similarly-limited Empire City Casino at Yonkers Raceway venues permission to transform into full-blown gambling palaces to leave a host of other runners including Caesars Entertainment Incorporated, Wynn Resorts Limited and Hard Rock International battling it out for the remaining third license.

Wynn Resorts Limited reportedly inked a deal with prominent real estate developer The Related Companies LP last month and intends to start lobbying for permission to bring a casino resort to a 28-acre portion of the Hudson Yards neighborhood of midtown Manhattan. This New York City project would purportedly sit alongside the metropolis’ giant Pennsylvania Station transportation hub and look to kickstart the final stage of a redevelopment process that has stalled in the wake of the coronavirus pandemic.

Any scheme to bring a casino resort to New York City will reportedly have to feature a minimum $500 million price tag in order to get by the state’s five-member Gaming Facility Location Board. From there and the ultimate three winners will purportedly be additionally obliged to get the green light from community advisory boards and the office of New York Governor Kathy Hochul.