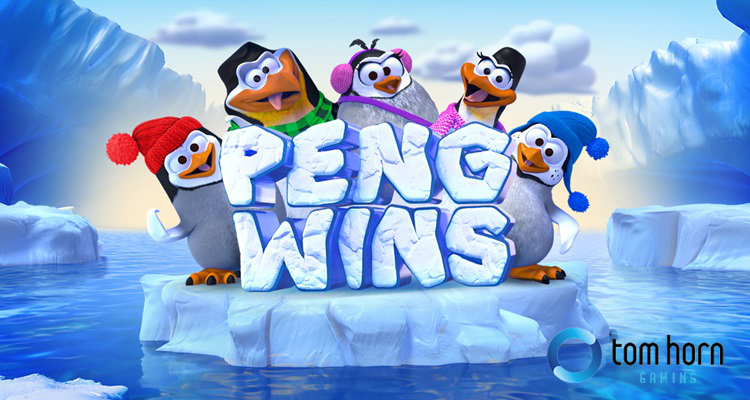 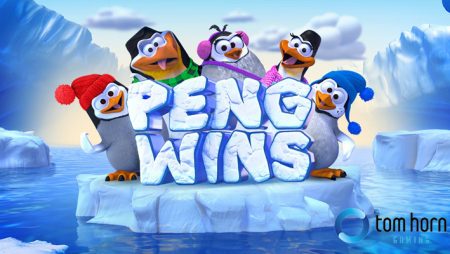 iGaming software solutions supplier, Tom Horn Gaming, is taking players on an adventure to the frigid Antarctic where a happy penguin family resides, warming their way into our hearts and through the polar ice pack where they’re fishing out some cool riches! Cleverly titled, PengWins, the new medium to high volatility video slot, has 10 lines and a max win of 1200 times the stake.

Enormous ice shelves flank the 5-reel, 3-row transparent game grid, where the adorable flightless birds, accompanied by a lazy shrimp and a cheeky octopus, jump on and off the floes in the icy blue water of the Antarctic. And where the penguin kids go wild and wind up getting lost only to be saved in a reel-rockin’, big win, family reunion!

Rather than a traditional extra spins mode, the game developers at Tom Horn Gaming have chosen to enhance the online slot with three individual wild features, including:

More about:  EveryMatrix announces relaunch of new BonusEngine solution across casino and sports

Tom Horn Gaming goes the extra mile in its latest release to ensure immersive gameplay at all times, adding small but impactful details, such as a mischievous octopus and shrimp, and father PengWins’ hat which floats on the surface of the water when the family patriarch goes under, as well as mood-enhancing sound effects.

… the “feature-filled” title has “big win potential coupled with stunning 3D graphics and animations,” while the “playful nature of the game is further enhanced by a lively soundtrack with many meticulous sound effects that make this game incredibly engaging and entertaining.”

The CEO adds, “Our mission is to bring exciting and unique content to players around the world and we believe that PengWins, with its action-packed gameplay and striking artwork, delivers on this commitment.”

Tom Horn Gaming has successfully delivered its unique online casino content to the region since its 2016 debut in Lithuania. The mutually beneficial partnership builds on the provider’s long-standing business relationship with Betsson Group in the Baltics, which resulted in the Swedish company introducing the supplier’s titles to its successful Betsafe casino brand in Lithuania and Latvia, respectively.