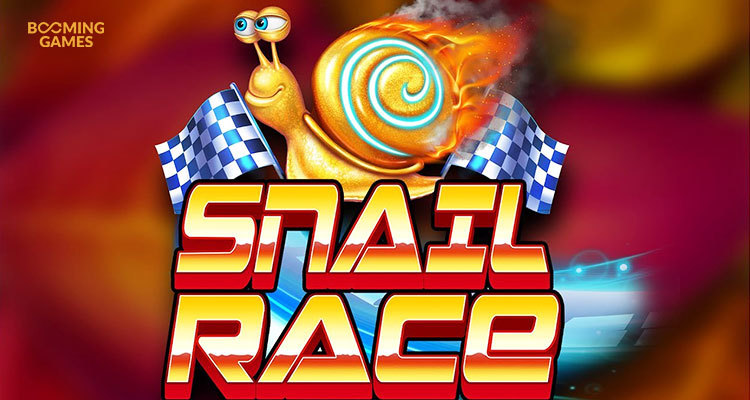 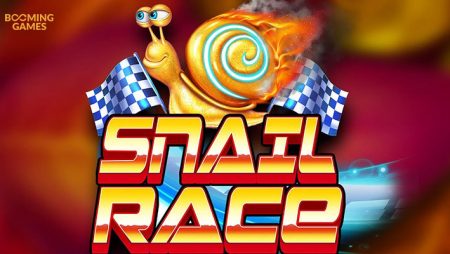 Believe it or not, snail racing is a real thing that is enjoyed around the world, especially in the United Kingdom. Top software developer, Booming Games, has taken the popularity of the crazy racing activity and create a slot game based on the gastropods. Aptly titled Snail Race, the latest addition to the developer’s portfolio offers three snail racers and walking wild multipliers, among other features!

The 6×3 grid of Snail Race brings the silly races to life, with players spinning the reels to get the snails moving. There is a 7th reel, which is devoted to housing snails and this is the area you want to watch. On this line, the snails will speed from their houses and each will have a multiplier number on their shell.

One snail has 3x, one offers 2x and one offers 1x. Each snail is a walking wild and will move one position to the left with each spin until there are no reels left to move.

According to European Gaming…

Players who find three or more logos from the game on the reels, the Snail Race Bonus Round will begin. The top three racing snails will line up on the grid. The spin button is hit and the snails’ race along the track. Players can win a multiplier up to 50x during this round!

The unusual Snail Race online slot game now joins other new title by the top-rated developer including Witches Wild Brew. In late October, the witchy title was released offering a 5×4 grid filled with witches, black cauldrons and other scary symbols. The game includes a ton of features like Bursting Wild Multipliers, extra spins, a random pick and click and more!

On top of their latest releases, Booming is also preparing to attend SiGMA in Malta this month. The conference will run from the 27th to the 29th.