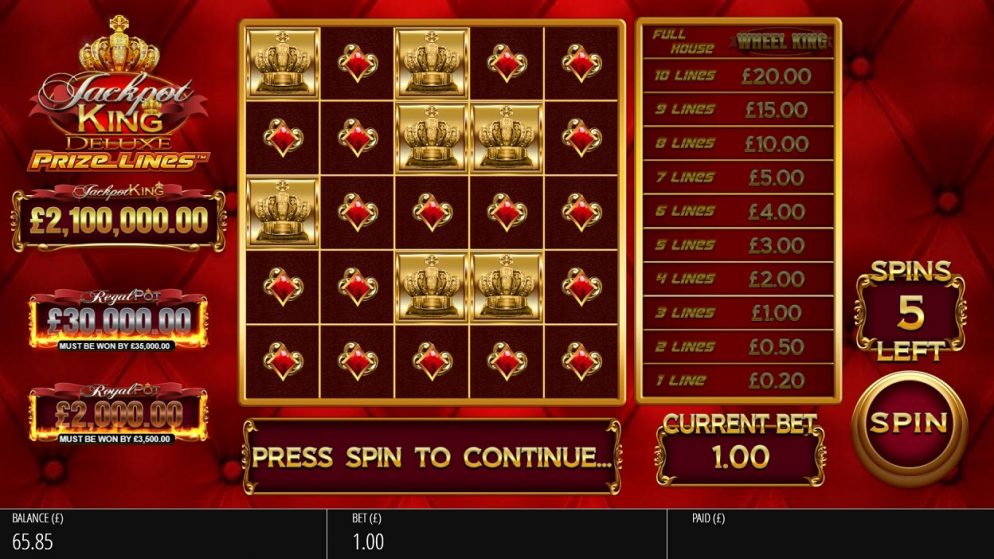 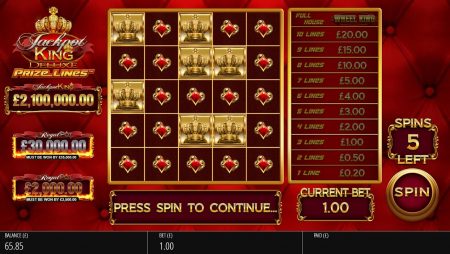 Yggdrasil and AvatarUX has introduced the latest PopWins™ creation HippoPop™, a vibrant dreamlike slot featuring mythical neon animals coming to life. Inspired by Oaxacan arts and traditional wood carvings, HippoPop™ offers players a unique psychedelic experience with 65,536 ways to win. Set deep within a rich jungle, the slot features the popular PopWins™ mechanic which sees winning combinations pop, with each pop creating two new symbols, leading to increased chances of multiple wins. The power of PopWins™ can expand the rows of the game from five to eight, increasing the ways to win to 65,536.

Habanero has announced the launch of its vibrant new slot title, Candy Tower. Transporting players to a cheery world filled with candy, vivid colours and absorbing features, the 6×5 slot title comes packed with Wilds, Scatters, Multipliers, and a Free Game feature that is triggered by collecting winning combos and building the tower. Candy Tower’s impressive Cash Boost feature awards players with random instant cash prizes in every Free Game, while the Multiplier Boost holds the potential to double the player’s winnings.

The latest game release from Golden Hero is a cooperation with pachislo developer JTG and is a 3-reel and 1 payline slot game. It might look simple but looks can be deceiving, this game will shake your world and the Million Tree can give players both luck and prosperity! Million Tree is a low volatility game with wilds, multipliers and respins. The game is fairly straightforward. Get three specific symbols on the payline to get a win. The wild symbol can substitute all symbols and will increase the chances of a win. A multiplier may apply to the payout when the wild symbol stops on the payline. Wins up to x888 the bet with the Wild symbol is the maximum in Million Tree.

More about:  SAZKA to Acquire Novomatic’s Stake in Casinos Austria

Spinmatic, a Malta-based developer of casino games, has launched a new game: Betrick: Scratch. This game also features Betrick, the popular character from the company’s successful slot game Betrick: Son of a Leprechaun. The new game is a Scratchcard game with 3 reels and 3 rows and 10+1 symbols. It can potential offer a return of 95.69% to the player. The game also features familiar Spinmatic symbols such as Lucky 7, horseshoe, hat, mushroom, cards, dice, and the four types of cards in a normal deck: spades, clubs, hearts, and diamonds.

“La Tomatina is another fantastic addition to our expanding games portfolio. Its vibrant atmosphere, engaging Spanish tunes, and exciting features will definitely hit the sweet spot of players in many geographic markets. With every new title we always strive to introduce a new exciting story and feature concept that provides players with an immersive, well-rounded experience. We believe we have achieved this in La Tomatina  and we can’t wait to see how the game performs, “ said Ondrej Lapides, CEO at Tom Horn Gaming.

Push Gaming has launched the much-anticipated sequel to one of its greatest hits with Jammin’ Jars 2. Back by popular demand and with even more excitement, Jammin Jars 2 hits the floor with its new star guest, the Giga Jar DJ. The thumping base game is set to get players dancing to the rhythm as Jam Jars jive across the dancefloor with growing multipliers along with instant prizes that can reach up to 1,000x.

Relax Gaming, the igaming aggregator and supplier of unique content has ramped up the volume with its fresh new slot, Top Dawg$. Hitting the hood with a pack of cool canines, Top Dawg$ is packed with features including free spins, Mystery Respins and wins of up to 25,000x as players attempt to make it rain. Utilising a hip-hop beat, the game is brought to life with an urban soundtrack and is guaranteed to have players grooving to the beat and cranking up the volume. The Free Spins round is triggered by three or more bonus symbols, and if Sticky Wilds with a multiplier land on a win line with other multipliers, they stack up to 7x each.

More about:  BetGames.TV kicks off 2021 in UK with Novibet deal

Stakelogic has teamed up with Reflex Gaming to launch a slot that encourages players to set sail across rough and violent seas in search of untold wealth. Sea God has been created through the developer’s Greenlogic® Program, which sees it partner with rising star studios on a series of games made available to its 500+ operator partners. The 5×4 reel, 20 payline video slot takes players on a voyage like no other thanks to its medium volatility and a treasure trove of features including Super Reels, Free Spins and Super Stake™. Super Reels trigger randomly during the base game and see the reels expand from 5×4 to a staggering 5×9 with the number of paylines increasing from 20 to 45.

Yggdrasil and Dreamtech Gaming have released Lotsa Lines, a futuristic sci-fi title that can unlock up to 500 paylines as players spin the reels. Lotsa Lines’ action takes place on a 5×5 sized game grid surrounded by a light show and, with ever-changing paylines, guarantees excitement and huge potential on every spin. Within the base game, paylines shift between 25, 50, 100 and 200. By landing three or more scatters, up to 500 additional lines can be unlocked in the 12 free spins awarded, unlocking massive win potential. Landing one or more wilds on the middle reels triggers a Wild Respin. Any wild symbol in view is locked while every other position respins. If a new wild symbol lands, another respin is awarded, and the process repeats until no new wild symbols land, then a win evaluation takes place.

Pragmatic Play, a leading content provider to the gaming industry, has brought its fun-loving Panda back in its latest hit, Panda’s Fortune 2. The sequel to the smash hit Panda’s Fortune, the newest addition to Pragmatic Play’s offering sees players enjoy a 3×5, 25 payline video slot where most of the symbols have a golden version providing chances of winning up to 5,000x the stake. In both game modes, a Golden symbol can land on the reels, increasing win potential to huge amounts. For each Golden symbol part of a winning combination of three, four or five of a kind symbols, a random prize is awarded, including one of the Jackpots.

iSoftBet, the leading online games supplier and content aggregator, has launched a spectacular fast-food slot adventure, Royale with Cheese Megaways™. The game is set inside a classic American diner and offers players a thrilling Megaways™ experience, with 117,649 ways to win and a maximum win of up to 50,000x. With snack filled reels, players are invited to sample the delights of the diner with the potential for huge payouts, with cascading wins and Max Megaways™ features adding to the excitement. Supersizing the experience is the ‘Build Your Burger’ addition to the Free Spins mode, which can be triggered by either three or more bonus symbols landing or achieving five or more consecutive cascades.

Blueprint Gaming has adapted its legendary Jackpot King into a slot game for the first time, featuring the leading developer’s innovative new Prize Lines™ mechanic. Jackpot King Prize Lines™ combines the recognisable progressive jackpot system with Blueprint’s latest mechanic creation to offer an exciting gaming experience and the chance to win tremendous prizes. During each game consisting of five spins, players aim to climb the prize ladder by completing Prize Lines™, which pay horizontally, vertically and diagonally. After the initial five spins, players can choose to end their game and collect the prize awarded or spin again at an additional cost to complete more Prize Lines™ to climb the ladder for bigger wins. 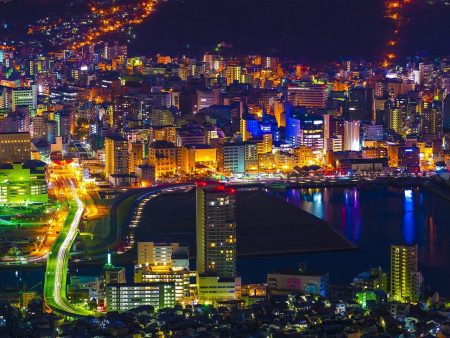 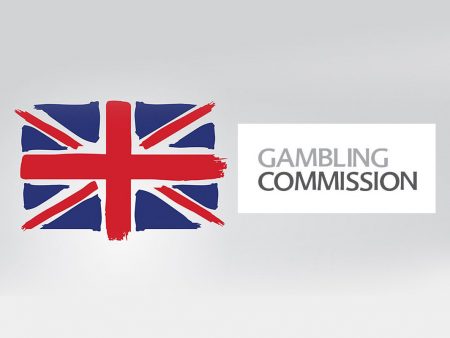 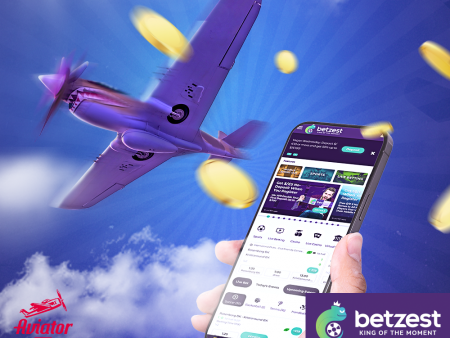